One of the more difficult paradoxes that one lives with as a Christian, is to hate sin—something that often makes us look like we are judgmental and can't stand the person who has the foul mouth, sinful lifestyle, or perverted outlook on life. Is that the way it has to be for a Christian who hates sin? Is that the way they are? Not at all! We are called to hate sin, yet be loving and merciful to sinners (knowing we're one of them and have our own issues) so that we might win them to Jesus. 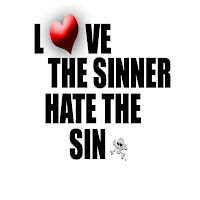 When I think of the verse Romans 12:9 (NIV) that says, "Love must be sincere. Hate what is evil; cling to what is good," I remember an incident that happened just two weeks after I gave my life to the Lord in 1977. I was brand new in the Lord and at the age of 24, was just beginning to read the Bible for the first time in my life. I knew nothing about God’s Word and consequently, had barely changed my carnal behavior. The only thing I can say, is that I felt the Holy Spirit because for the first time in years, my conscience was sensitized and I cared about doing the right thing when someone instructed me what that was. But, I was still ignorantly carnal because I had not even attended a Bible teaching church yet.

At this time in my new Christian walk, I remember sitting at the back of an airplane. I was a flight attendant and we had just landed in Detroit. All the passengers had gotten off the plan and our next flight was not leaving for four hours. Myself and two other flight attendants sat around talking about what we were doing the upcoming weekend. As I was telling them of my plans, one of the pilots strolled to the back of the plane where we were and started to listen to our conversation. This pilot had earlier mentioned to me that he was a Christian. I told him that I was one also—that a flight attendant had just helped me receive Jesus as my Lord and Savior two weeks before. But as I said, I was ignorant of God's Word and had no idea yet of what God expected of me. 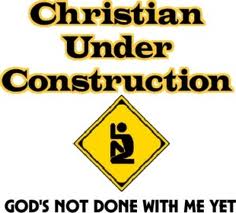 Now as this pilot listened to my weekend plans, his face contorted in shock. I was telling the flight attendant that I was throwing a stag party for my best friend who was getting married. I told her that I had kegs of beer and a stripper coming. She was laughing (she was not a Christian.) The pilot looked dumbfounded. He looked mad. I thought you were a Christian? he yelled angrily at me. I just looked up at him sincerely and naively trying to figure out what he was so mad about. I am, I said. How can you call yourself a Christian and be having a drinking party with a stripper? What kind of Christian are you? I told him I was a Christian who was excited about Jesus! I couldn't figure out what he was so hot about. That was the truth! (I had so much to learn!) He had flames in his eyes and stormed off!

The reason I was this blinded and naive was because my mind was completely unrenewed to the Word of God. I knew nothing. I didn't know that what I was doing was wrong. I had barely begun reading the Bible and was struggling to understand what I was reading. Perhaps I should have somehow known or figured it out, but I didn’t and I didn’t have anyone mentoring me, nor had I ever attended a Bible teaching church yet.

About a year later I understood what that pilot was so mad about. He truly hated sin and obviously my plans for a stag party were not Christlike. But, he was anything but gentle with me and he missed a golden opportunity. All it would have taken was just asking a few questions and he would have learned I was a brand new Christian. At that point he could have sat me down for coffee with a Bible and shown me a few things that would have helped me make better decisions right away. I wanted to do what was right. I would have been a sponge! I just didn't know better at the point in my new Christian walk.

I've never forgotten that incident. Not because I was mad at the pilot. That part makes me laugh. No, I haven't forgotten because I have learned that many people who call themselves Christian, aren't. They were raised in a religious home but have never read the Bible and have not known to make Jesus Christ the Lord and Savior of their lives. They don't have the Bible or the Holy Spirit directing their life. Other Christians I've met just haven't learned that much about the Bible.

As Christians, Jude 1:22-23 TLB helps define part of our assignment on this earth. “Try to help those who argue against you. Be merciful to those who doubt. Save some by snatching them as from the very flames of hell itself. And as for others, help them to find the Lord by being kind to them, but be careful that you yourselves aren't pulled along into their sins. Hate every trace of their sin while being merciful to them as sinners.” Many who call themselves Christians just aren't schooled in the Bible and in God's ways. But, we can help them grow in a revelation of God, His love, and His Word. That's why I write Fresh Manna and Tweet scriptures on Twitter. It helps those who are searching for truth engage. I can help them learn to love the Jesus they really want to know! I've found that many people want to do the right thing. They just need to be taught and encouraged from someone who has mercy and knows how to engage them in love. Helping others grow in the knowledge of God's Word has been truly one of the greatest joys of my life. Condemning people who live sinful lives doesn't work. Either they know they live a sinful life and they could care less what you think, or they are just ignorant of what Jesus has done for them and of how God desires them to live. Opening their eyes to the blessings of living for God is the start of their life-changing experience.

We are to hate sin! We are also to love the sinner! Take what you know and give it away. But do so with patience, mercy, and love. Do so and it will come back to bless you in your life.

Psalm 45:7 (NIV) "You love righteousness and hate wickedness; therefore God, your God, has set you above your companions by anointing you with the oil of joy."