Managing and Reducing Relational Conflict in Your Life

For many people, too much of life can feel like a daily battlefield of relational conflict. We can't always control the situations that come at us but we can learn to control how we respond to them.

When a person doesn't learn how to manage the conflicts that arise in their life, mental warfare increases and intensifies beyond what is reality—beyond the real point and degree of conflict. What do I mean by this? People that don't know how to manage conflict, generally hold on to it. It lives in them and is mulled over again and again. But that's not all. They experience their real problems, but as they walk away from unresolved conflict, they also exaggerate and often distort it in their mind. In a sense, they've magnified the conflict. Like a volcano that has erupted, it also grows! When people don't properly resolve issues, negative feelings take root within and grow. And that eventually leads to having imaginary battles in their mind with those same people—battles and conflict that have never really happened yet. They begin to imagine conflicts and problems that haven't happened yet. Does that sound unusual—fighting imaginary battles because of past experiences? It's something that most people experience until they have learned to manage conflict! 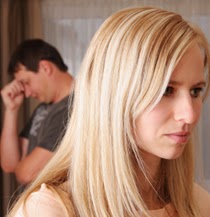 I've known many husbands and wives, who because of repeated relational conflict, are in the habit of forming negative expectations about how their spouse is going to respond to a situation. For example, a husband has been guilty of coming home late from work without giving his wife warning. He's done it repeatedly despite her requests to have the courtesy to call and give her a heads-up. He gets home late, the meal she cooked is cold, and his wife feels like once again, she has been treated without love and respect for the role she plays. It’s bad enough that he’s late, but on top of that he knows he didn't call. It’s led to multiple fights between them. Instead of correcting this inconsiderate habit, he begins to play out an entire imaginary battle that prepares him to be even more defensive and combative rather than rational and apologetic. He is now fighting two battles instead of one; one in his mind and one with his wife (heightened by the one he had in his mind. How can you slow these kinds of scenarios down and eventually eliminate them? 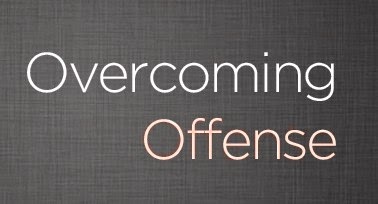 First know this. If you violate someone, own up and apologize. Proverbs 15:1 (NIV) says, "A gentle answer turns away wrath, but a harsh word stirs up anger." You are a prideful person if you can't admit when you're wrong! Learning to be gentle and apologetic is healthy and leads to greater maturity. It's not hard if you'd just lay your ego down. And you can be that way, even when you're not wrong. Trying to determine who is right or wrong is pride. Working to protect relationships with people you love and care for is wisdom! Falling on the sword isn't really all that hard when trying to protect relationships. It’s a great habit to develop that is much easier than you would imagine. And it more often than not, draws a reciprocal apology from the other person. (But even if it doesn't, it will have it's good effect over time.) The Lord taught me, when I make Renee upset, to walk up to her, look her in the eyes, sincerely listen to what she has to say, and then hug her and say, I'm really sorry honey. I'll try not to do that again. In the beginning, she'd sometimes go over the offense again and again, but soon she'd hug me back, thank me for apologizing, and forgive me immediately. And that was it. The conflict was completely over. This is a love behavior and we both had to learn it. It's learnable and it works!

In learning to manage conflict, it's also critical to learn to quit being offended over stupid and petty things that don't really matter. Some people are so poor at conflict resolution that it makes them paranoid. You cannot afford to think everyone is out to get you. You have to learn not to be defensive. Sometimes paranoia is a mental health issue but most often it’s self-inflicted. Quit thinking that people are thinking bad of you and then responding to this wrong thinking. You've learned to yield to your own pity parties and mind-battles. As a child of God you have the promise from God of supernatural favor. God promises you favor —people liking you without you even understanding why. Psalms 5:12 says, "For surely, O LORD, you bless the righteous; you surround them with your favor as with a shield." Favor is a covenant promise and of course, being Christ-like help facilitates that promise. But having faith for favor is the opposite of having negative expectation. You have to put your faith in this promise for it to become real in your life. 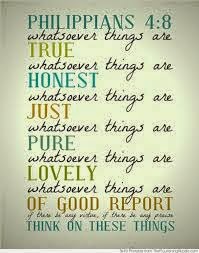 Just like a dog gets nervous around a person that is afraid of it, so do people who think you are angry or defensive with them. They will avoid you. Instead, develop a Holy Spirit led mindset. Imagine people just loving you because of God's favor upon you. Practice smiling at people. Practice greeting people with a smile for no reason. I promise you you'll notice a change! You'll experience a more peaceable thought-life having eliminated the paranoia, offenses, and imaginary battles. Over time, as this takes root and becomes how you truly think, it will change how people respond to you. It will help unwind your defensive nature and lead to more appropriate thinking and a loving behavior. Consistently think and act like people love you because of your faith in the favor of God being upon you. Likewise, force yourself to love and believe the best about them.1 Corinthians 13:7 says, “Love always protects, always trusts, always believes the best in others, always perseveres.”  We live in a society where people quickly size people up and think the worst. That is seriously demonic behavior and you need to change it! If you do, over time, this will begin to reduce conflicts and schisms in your life and the mind battles will become almost non-existent! Your life and relationships will become more peaceful and productive and you'll personally grow in learning to manage conflict!

Your mind and your imagination belongs to you! Never let it become the devil's playground to stir you up and ruin your life!

Philippians 4:8 (NLT) "...Fix your thoughts on what is true, and honorable, and right, and pure, and lovely, and admirable. Think about things that are excellent and worthy of praise."