The Transforming Power of God's Righteousness

Many years ago I met a man whose life was in a very undesirable place. He was a Viet Nam veteran whose experience in that war brought great turmoil to his life. This is not a statement about that war. It is only to say that the war led to great psychological and emotional distress and unrest. It's often diagnosed today as PTSD (Post Traumatic Stress Disorder)

When I met him, He for the most part, was living out on the streets of Minneapolis. I do believe he had some place he called his home but he drank with his street buddies most of the time and had little to no life out side of that. I was out on the streets one night when Bob engaged me in conversation as he heard me talking about Jesus to someone else. I finished the conversation I was in and then proceeded to talk with him. As we talked, he began to explain his present-day life—why it was so messed up and why he could never be a Christian. He said those things to me not truly understanding what a Christian is. Suddenly he declared, God would never accept me because of the sins of my past. The things that I have done were too sinful—beyond what God could forgive! 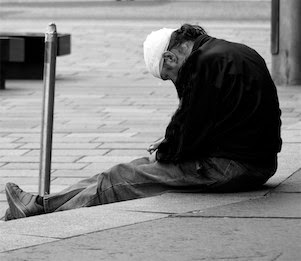 He is not the first person that has struggled with those kinds of thoughts. Countless people do! In telling me his story, he explained to me that he had murdered innocent women and children in the war—not intentionally but that they were collateral damage from battles there were in. It had been difficult and tormenting because there were women and children in villages that had been covertly conducting war against our troops. It was not easy to discern who was and who wasn't their enemy at times. Consequently, they made mistakes and he knew there were times where he had, in his words, murdered innocent women and children.

The pain and memories of the guilt he felt led him to drugs and alcohol—first over there and then back here after his military career.

In our conversation, I began to explain to him why as hard as that experience was and as painful as the memories were for him, that God would accept and forgive him—that God’s love and mercy were greater than his past sins and mistakes. 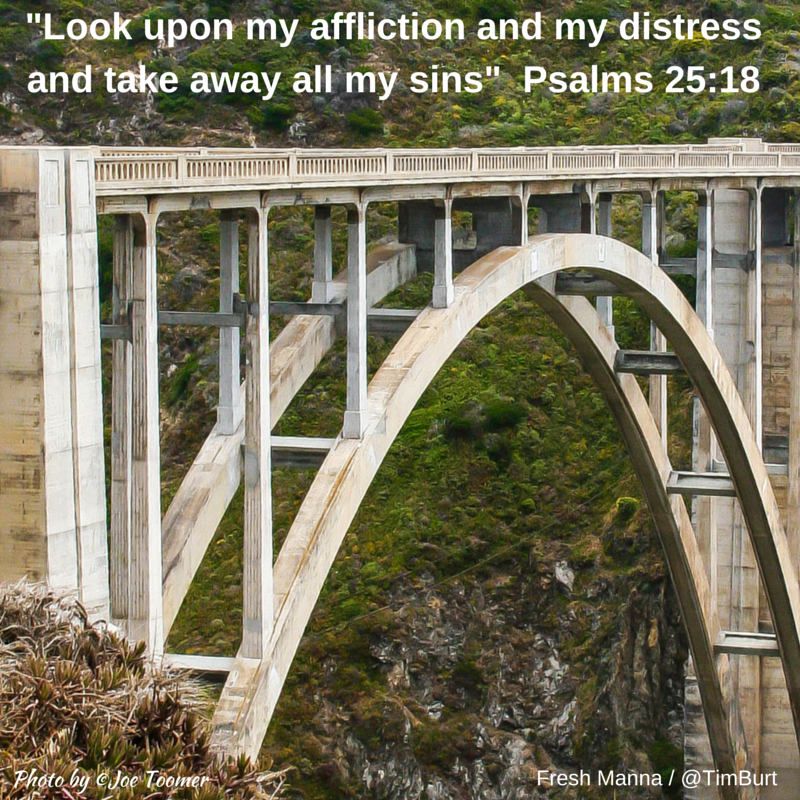 I could see from the look in his eyes and the expression on his face that he wanted to believe what I said, but found it almost impossible. I engaged in further conversation with him, sharing that every man who has walked upon this earth with the exception of Jesus, has failed in living right for God. I opened up a Bible and together we read Romans 3:23 (NLT) which says  "For all have sinned; all fall short of God's glorious standard.”

God is holy and cannot live in the presence of any sin—big or small, abundant or few. Because we've all sinned, we've all been disqualified from Heaven. That's the bottom line! We have all disqualified ourselves from Heaven and being with God. But, God did something about that. That is what I began to explain to Bob.

He really didn't understand why Jesus came to the earth. He knew He died on the cross but could not relate it to his life or to the evil he felt he had done. I began to explain further and as I did, his eyes began to light up and his countenance slowly began to change. It was as if the effects of the alcohol in him began to supernaturally diminish and he became completely sober before my very eyes.

I continued to tell him, Bob, God didn't send Jesus into this world to condemn you but to save you! He knows you've messed up. Every one of us has! That is why God out of His love for us, sent Jesus.  John 3:17 (NIV) helps us understand God’s purpose in sending Jesus. “For God did not send His Son into the world to condemn the world, but to save the world through Him.”

I explained a powerful truth that is the under-girding of any Christians’ righteousness. 2 Corinthians 5:21 (NIV) says, “God made Jesus who had no sin to be sin for us, so that in Him we might become the righteousness of God.”  Bob, what I want you to understand is that Jesus literally traded yours and my sins for His righteousness. He did this as a gift and it’s received by faith—by your personal belief in God’s love for you that He would do this. 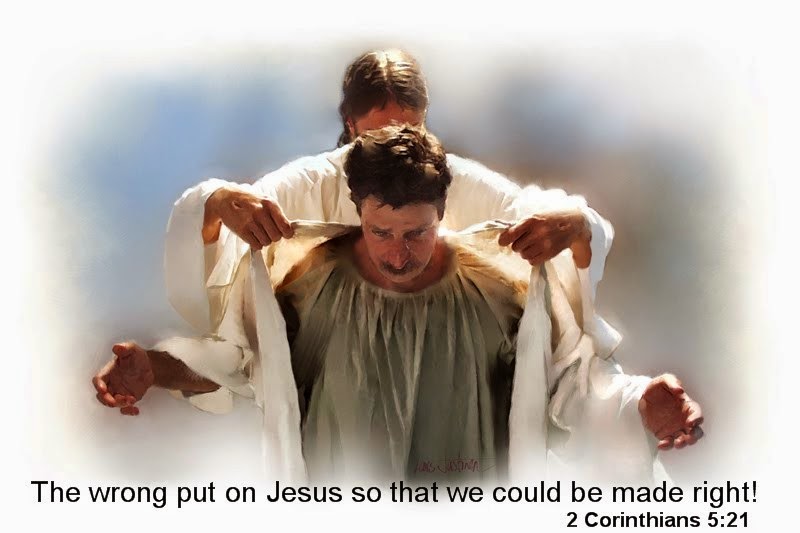 As we talked further, he began to get big alligator tears and then cry. We ended up praying together as he asked Jesus to forgive him and become His Lord and Savior. For the first time he had felt forgiven for this past life of guilt and pain. He picked me up in a big bear-hug and thanked me over and over.

Our ability to change is supernatural and empowered by God’s gift of righteousness—our righteousness—our right standing with God. It is the basis of our being in right-standing with God and for receiving forgiveness of sins. Righteousness is not ours because of any of our own goodness or anything we could do. It was given as a gift because of what Jesus did for us. He created the starting point where the past could be washed away, the present could be repaired, and where our eternal life with Christ could be guaranteed. It was and is the starting point of all Supernatural Change. And as Ephesians 2:9 says, It is by God’s grace—(His Supernatural help) that you receive through your faith. You can't take credit for this; it is a gift from God!

I watched this man's countenance transform before my eyes. It made us both cry! It was the power of God's righteousness working in him. It is available to all who will believe!