Redeeming A Nation Under Spiritual Warfare!

If you have ever seen pictures of a country or city ravaged by war, it is heart breaking to say the least. Everything is broken and beaten down from the buildings, to the infrastructure, to the people. It leaves a wake of destitute people.

Just because a nation hasn't been hit by a physical war, doesn't mean that it isn’t in the midst of a spiritual war. When there is a spiritual assault on any nation—the first clue that this is happening is that there is spiritual and moral confusion and chaos. Ultimately Satan works behind the scenes to confuse people over whom God is, and His plan of redemption, hope, and blessing for mankind. Satan accomplishes spiritual and moral confusion and chaos by creating the illusion and acceptance that there are many gods and many paths to God. His strategy is to create a false tolerance and acceptance of all religions accept the one true way to God which is through Jesus Christ. Jesus made it clear that there is only one God and one way to God—through Himself declaring, “I am the way, the truth, and the life. No one can come to the Father except through me. (John 14:6)  And everyone should know that every religion believes they are the only way to God. So there is no real tolerance—just political correctness. 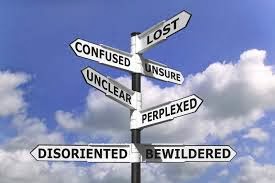 You can see spiritual warfare and it's nothing less than obvious! Christianity is persecuted while false religions are accepted. Satan doesn’t care about other religions because they aren’t real and aren’t a threat to him. To the contrary, the are a part of his strategy in leading people away from God.

When Jesus appeared before those possessed by demonic spirits, the demons trembled and cried out in fear at His presence. That is not recorded in history concerning any leaders of any other religion. Why? They were not God nor sent from God as Jesus was. And they were no threat to Satan’s plan. These demons were the ones who are going to one day be locked up with Satan up in the eternal lake of fire! When these demons were confronted by Jesus, they recognized Him as the true Son of God and cried out! Matthew 8:29 (NLT) "They began screaming at Him, Why are you interfering with us, Son of God? Have you come here to torture us before God’s appointed time?”  The demons knew exactly who Jesus was! And they knew they have an appointed time before they will be locked up in the eternal lake of fire forever! 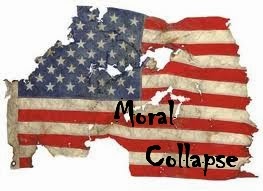 Satan’s plan continues by working to discredit God’s Word as the ultimate and final authority for boundaries, law, and moral position—leading us to the place we are at today—in moral chaos and acceptance of evil. Isaiah warned the nations that this day would come saying, “Destruction is certain for those who say that evil is good and good is evil." (Isaiah 5:20) When this happens to a nation, you know it’s a nation and people ravaged by spiritual warfare and totally confused about God, moral righteousness, and His love and desire for good for mankind. 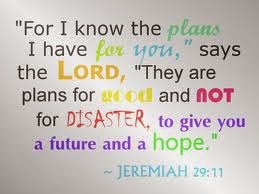 God does not want you confused over who He is, who Jesus is, or over you becoming a child of God. He wants and has good plans for you! Jeremiah 29:11 NIV says, “For I know the plans I have for you," declares the Lord, "plans to prosper you and not to harm you, plans to give you hope and a future.” You can’t fix the entire world but you can influence it for better. You won’t do that until God influences you for the better. Jesus died, arose, and paid the price for your sins that you could be forgiven, become His child, and be blessed to receive all that God has for you. When you finally get hold of that revelation, you will begin to trust Him and His many promises to you. God says He has good plans for you. Satan would like you to think God has abandoned you—that He has left you high and dry. That isn’t the truth! Blessing has always been God’s intent for you and for anyone that would come to know and live for Him.

There is only one way for a nation that has been spiritually ravished to be restored to its right place in God. That is by the hand of God through His people praying. 2 Chronicles 7:14 (NIV) says, "If my people, who are called by my name, will humble themselves and pray and seek my face and turn from their wicked ways, then will I hear from heaven and will forgive their sin and will heal their land." 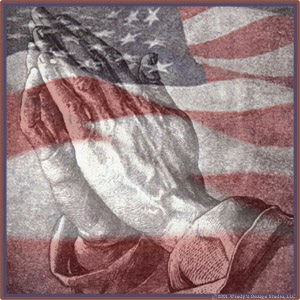 As a Christian, God wants to be clear on who the enemy of your soul is, and the depth of His love which He has already proven through Jesus Christ. You were created to be a vessel of God in this earth to pray for our nation as well as the salvation of all mankind. You are not to be confused over the many gods the world proclaims. Tolerance is the showing of human respect for others beliefs, while love shares the truth that delivers them from living a life under Satan's deception. Understand where moral chaos comes from. Don't just accept it. Live for God and purpose to be a voice of clarity regarding it. As a child of God, pray with power and authority for your nation every day!  Our prayers are the only true hope there is! If you want to know how to pray for our nation, click here!

Psalms 33:12 (NIV) "Blessed is the nation whose God is the LORD, the people He chose for His inheritance."