If You Belong to Jesus, Here's How God Sees You! 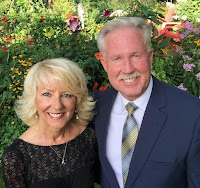 Note from Pastor Tim: God bless you and Happy New Year to you! I will not be writing again until January 15th as Renee and I will be on the mission field. I'll update you when we return. There are hundreds of posts for you to go back and read! I know they'll bless you! If you are considering end-of-year giving, please consider this ministry and thank you in advance for your prayers as we continue to reach for the world and mission field with the good news of Jesus Christ! God bless you!

I received the Lord into my heart and as my Savior in 1977 at the age of 24 years old. In the early season of my Christianity, growing in the Lord had been a wonderful, yet long and sometimes very difficult process. The only reason I say difficult is not because of hard times or bad things that happened. The process of growth was difficult because there were so many times where I felt like I stood before the Lord stained from sin, filthy, and unworthy of Jesus' sacrifice for me. 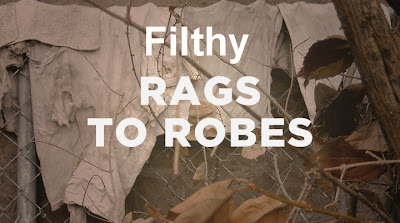 I remember shortly after giving my life to Jesus and asking Him to forgive me of ALL my sins. I felt so clean and wonderful. Like a man who was given a second chance to live life right. I remember how I felt like it was yesterday even though it was many years ago. I felt so clean and fresh. I was determined not to do anything to violate the Lord and "dirty myself." As much as I didn't want to, it didn't take long.

If you've ever had a pair of new white pants, new shoes, or a brand new car, you know how much you want to keep them fresh and new. The reality is, they just won't stay new! That became a reality that made my growing process in the Lord seem difficult. Much like Adam in the garden, I wanted to hide when I did something wrong. Thank God someone taught me to do the opposite of that. I was taught to run to God not from Him. When I did, I often felt much like Joshua the high priest in Zechariah chapter 3. He also was standing before the Lord with filthy garments. The Lord did for him what He does for all who believe and receive Jesus and receive His forgiveness. He exchanged filthy garments for new snow-white robes. 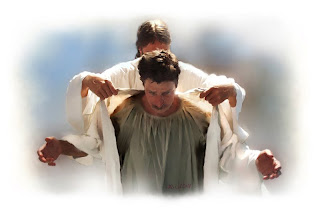 You see the reason Joshua was before the throne of God was prayer. That's what a high priest did. He interceded to God in behalf of others. He needed to be confident in his right standing with God. Just like us, Joshua was standing before the Lord, being accused as unworthy by Satan. Look at these verses and you will see. Zechariah 3:1-5 NIV “Then he showed me Joshua the high priest standing before the angel of the LORD, and Satan standing at his right side to accuse him. The LORD said to Satan, "The LORD rebuke you, Satan! … Is this not a brand plucked from the fire? Now Joshua was dressed in filthy clothes as he stood before the angel. The angel said to those who were standing before him, "Take off his filthy clothes." Then he said to Joshua, "See, I have taken away your sins, and I will put rich garments on you."  Then I said, "Put a clean turban on his head." So they put a clean turban on his head and clothed him, while the angel of the LORD stood by."

The Lord rebuked Satan. He said, "Is this not a brand plucked from the fire?" What did that mean - "a brand plucked from the fire?" What is a brand? You remember! It was one of those hot iron pokers that sat in a blazing fire until it was red-hot. They branded cattle with it as a sign or mark of who they belonged to. Joshua belonged to God. So do we! Jesus paid the price for us!

As God’s children, we represent Him in this earth. We are clothed with His righteousness and presented before God as righteous! We present His gospel as we are led. We pray and intercede for people. We minister to people. And God says we have been given the privilege to come before Him. “Let us therefore come boldly to the throne of grace, that we may obtain mercy and find grace to help in time of need.” Hebrews 4:16 (NKJV) Anytime you stand before God to pray and intercede, Satan will point out your faults and try to disqualify you—to literally embarrass you before the Lord. We are to go to the throne room and stand before God clothed in His righteousness. We shouldn't listen to the condemnation of Satan. Jesus cleanses us, not condemns us! Then we can come in the authority of His Word and represent others before His throne—others who need our prayer. Their life may depend on it. 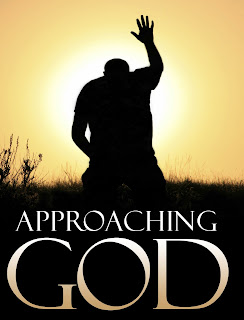 One night a woman at church said to me, Pastor Burt, you don't know me but my name is so and so. A couple of months ago, you were given my name and you and your prayer group held me up in prayer. She said, My friend who is in your group told me you all prayed for me. She said, I had very bad cancer, a terrible report, and I had to go in for surgery. Your group had prayed for me. When I went in to surgery, they closed me back up and said something had changed and they did not need to do surgery. She told me she was fine and wanted me to hear this great report. Praise God!

God wants you to know you are His righteousness and His hands and feet in this earth so that He, through you, can "destroy the works of the devil." (1 John 3:8) We are now His body in this earth and He still wants to do what Jesus did then. Walk in your robes and in your authority! You've been branded as His!

Revelation 5:10 (TLB) "And you have gathered them into a kingdom and made them priests of our God; they shall reign upon the earth."