Have you ever been accused of something that you know you did not do? It hurts and most people will do what they can to prove the accusation false. Accusations hurt and if they are made public, defame your character which hurts even more.
If you are a Bible reader you know that the ultimate accuser in our life is not a person. It is Satan himself. In the book of Revelation we read about the beginning of his end. He has had this place of being able to bring accusation against us through the ages. But at the end of the last days God will deal with him and stop his accusations once for all. I am showing you these scriptures not to teach you about end times, but to help you see for yourself the evil character and strategy of Satan in our lives. 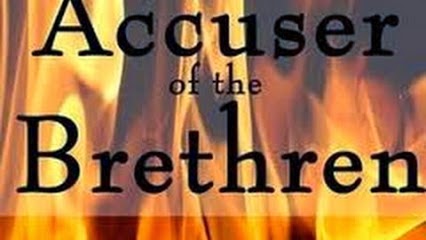 Rev. 12:7-10 (NLT) Then there was war in heaven. Michael and the angels under his command fought the dragon and his angels. And the dragon lost the battle and was forced out of heaven. This great dragon—the ancient serpent called the Devil, or Satan, the one deceiving the whole world—was thrown down to the earth with all his angels. Then I heard a loud voice shouting across the heavens, It has happened at last—the salvation and power and kingdom of our God, and the authority of his Christ! For the Accuser has been thrown down to earth—the one who accused our brothers and sisters before our God day and night.
It’s one thing to be accused by a person.  It’s another thing to be accused by Satan. If you've been accused by a person, then hopefully, if you feel it’s necessary, you can present the truth and facts to clear you. For the conscientious person that really loves the Lord and wants to live upright before God, Satan is there to accuse them of every infraction of anything that they don’t do perfectly. That would pretty much be most of their life. Satan wants to bury us with guilt; ultimately hoping to discourage us and get us to quit our pursuit of living right for God out of feelings of being a failure. 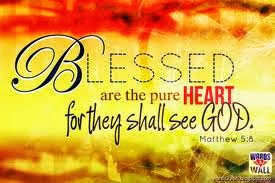 In 1 Timothy 1:5 (NLT)  the Apostle Paul wrote: The purpose of my instruction is that all the Christians there would be filled with love that comes from a pure heart, a clear conscience, and sincere faith. I remember especially as a growing Christian that a pure heart was something I was working on. A clear conscience was something I seldom felt because it seemed like I was always violating something I knew God wanted me to do. And having a sincere faith—which means living for God without hypocrisy—was another area for me to stumble at.
It is so critical to know that God is never accusing us as we try to follow Paul’s exhortation here. Paul gives us a goal. It’s a place to grow in Christ. It’s a life-long challenge. Having a pure heart—wanting to sincerely do the right thing with right intentions and motivation is a wonderful thing. It is also a life-long pursuit filled with imperfection! God deals with us and helps us develop right attitudes and motivation but Satan will accuse you that your intentions and motives aren't pure; that you are just a selfish person really only focused on you!
Having a clear conscience comes from desiring and making the effort to do the right thing. It doesn't mean you’ll always succeed, but your conscience is clear when you know deep down that you really tried.

Living your life with sincere faith is knowing God's mercy, patience, and grace to help you. Lamentations 3:22 (NLT) says, "The faithful love of the Lord never ends! His mercies never cease."  It's knowing He has given you the opportunity to confess your faults to HIM, when you don't get it right. It's knowing that He'll help you pick yourself back up and try again. It's knowing that accusations don't come from God, they come from the enemy of your soul to get you to quit God. That is what you faith knows and the place it lives sincerely from each day.
I say all this so that you see the strides you do make; not every mistake or failure. Continue in your efforts to work toward this goal and don’t let the accusations of Satan discourage you in your passionate pursuit of the Lord and His will for your life. Your efforts to live with a pure heart, a clear conscience, and sincere faith will not only transform you into the Christian you want to be, but will fill your heart with God’s love and help you to have a great impact and influence on those around you. You aren't perfect but you are going to Heaven. Satan’s doom is sealed and as you know “misery loves company.” He will accuse you. Jesus defended you! God's Word will transform you but it will take time. In the meantime, rebuke the devil and give God your best. He’ll do the rest in you!!
Psalms 37:23-24 (NLT) "The Lord directs the steps of the godly. He delights in every detail of their lives. Though they stumble, they will never fall, for the Lord holds them by the hand."
In His Love,
Pastor Tim Burt