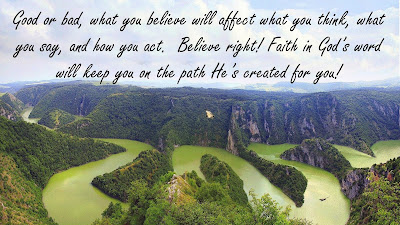 That is one reason why apathy is so bad. Apathy is defined as an absence or suppression of passion, emotion, or excitement; a lack of interest in or concern for things that others find moving or exciting. Apathy doesn’t give a rip about what happens. Consequently it works to undermine or destroy faith or sincere heart belief—the passion or state of heart that pleases God. Hebrews 11:6 reminds us, “...without faith it is impossible to please God…”

Many people become apathetic because they hate conflict and would rather avoid having any strong beliefs or values because they can’t stand the forms of persecution that come from others who disagree with them. It’s easier to utter the catch words of the day, “I don’t care” or “whatever.” Apathetic people are never leaders and often lousy followers. They just try to get through life without conflict. 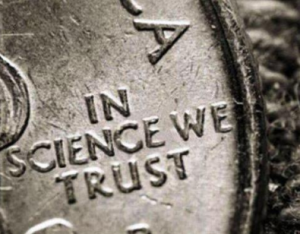 When you believe something strongly—when something becomes a deeply rooted conviction, it will anchor your heart, emotions, and imaginations. The sum of all your collective convictions produce core values which in turn will guide your life. Those convictions and values will affect how and what you think, what you say, and how you act. That is why you better have your beliefs anchored in true knowledge and fact. Many people anchor their beliefs in what they consider to be true knowledge—science. The problem is that science is always changing. The world was flat. The world is round. The world has one galaxy. The world is endless galaxies that are still forming to this day. Science is really only the progressive revelation by discovery of what exists. Science is always changing, never stationary, and never entirely agreed upon. Yet people anchor their beliefs on what science reveals thereby affecting what they think, what they say, and how they act. They often say, I only believe what I can see or scientifically prove. That statement is basis for of self-deception.

There is not a person on this planet that doesn’t exercise faith in something or someone without verifiable evidence. Everyone exercises faith. You do every time you drive over a bridge or get on an airplane. You exercise faith that the bridge won’t collapse or the airplane won't fall out of the sky—that you will get to your destination. You tell someone you will be at your destination at a certain time on a certain flight. That is faith. There is no verifiable evidence of that statement. It is speaking concretely about something in the future. I will be in San Diego on flight 891 at 10:30 am. See you then. It leads you to buy a ticket and it leads you to tell people you will be traveling. It leads you to board an airplane. You have exercised faith numerous times. Everyone is a person of faith and it does affect their daily thinking, saying, and doing.

This is why it’s so important to establish your faith in the truth of God’s Word. Let it shape what you think, what you say, and what you do. Unlike science, God never changes. People may create gods. People may mischaracterize and misunderstand God but that is not His doing or fault. God Himself never changes. Hebrews 13:8 says, “Jesus Christ the same yesterday, and today, and forever.” Malachi 3:6 says, “For I am the LORD, I change not…” 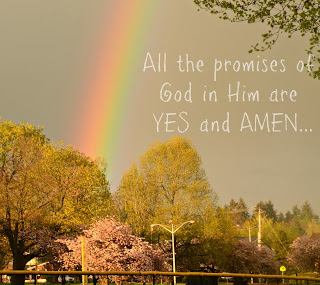 God’s Word tells us that our lives are shaped by what believe, say, and act on today. God modeled it for us from the beginning. Hebrews 11:3 says, “By faith we understand that the entire universe was formed at God's command, that what we now see did not come from anything that can be seen.”

Of all things to put your faith in, it's the Word of God, His love toward you, and His instruction and promises that build conviction, core values, and anchor our heart.

Have faith in God’s promises! As 2 Corinthians 1:20 says, “For no matter how many promises God has made, they are "Yes" in Christ…” Speak them by faith as God spoke. Let your faith—what you believe, become what you think, say, and act on.

Let what God promises you affect your thoughts, your words, and your actions. Anchored faith is what produces strong godly leaders. But it's critical that your faith be established in the unchanging truth of God's word! Let His word, truth, and promises anchor your leadership and then use it to influence others for God!

Hebrews 6:19 (TLB) "This certain hope of being saved is a strong and trustworthy anchor for our souls, connecting us with God himself behind the sacred curtains of heaven"
In His Love,
Pastor Tim Burt