What All Societies Need: A Moral Foundation

On August 6, 2012, a 19-year-old man, Kirani James won Grenada's first medal in Olympic history, winning the gold medal in the men's 400 meter event. This fine young man had represented his country in more than just sports and track.

He had shown Olympian character throughout everything he had done. I am not putting him on a pedestal that no person can live up to. That place is for Jesus alone. But I am always appreciative of those have obtained the stature of role models and actually are a great one for any person to view and learn from. We need them more than ever in this dark world.

In contrast to this, the world's media—television, movies, and every form of media that is now at the finger tips of an ever-increasing number of people in this world, is getting darker and darker with each year that passes. Every year television and media try to redefine what normal is in this world. Many of the cable networks have had a profanity free-for-all because of leeway given them through a recent judicial rulings. Congresspeople and Senators doing little to nothing about it because too few people speak out regarding it.

Almost all television and movie networks have made homosexuality the norm. They and the celebrities are the leading influence upon the world in areas like this and have made anyone that disagrees with them "a hater." The government has made laws prosecuting anyone who disagrees with homosexuality as normal and okay. The move is now on to get the Bible out of every from of government and education system. The long term goal is to delegitimize the Bible with some leading the charge that its a book of hatred and not love—that and rewriting it with new interpretation. Trust me, the illegitimate prophets of these efforts will appear more and more in the days and years to come. 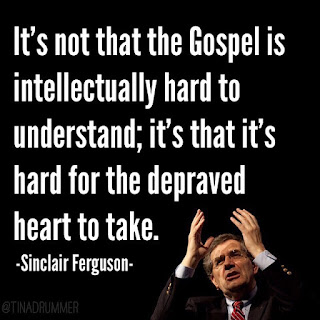 The fact is, more than ever, we are in a day where evil is called good and good evil. In saying that, I am not calling a person, a people group, or a culture of people, evil. I am calling the activities and behaviors that are contrary to God’s word evil. That would include anything that I or anyone else might do that would be inappropriate. There is no such thing as acceptable sin of any kind!

Jesus died for us so that we could be forgiven of our sins. If we love Him and live to walk after His ways, His Word, and the leading of His Spirit, that is what He asks of us. Will we ever fail in the process? Of course we will! That is why we need the help of the Holy Spirit daily! Only Jesus' mercy and grace pave the way for any of us to obtain Heaven's residence. Only the leading of His Spirit and the instruction of His Word help us stay on His path in this life. But forgiveness of sin and His great mercy and grace does not create an acceptance for what God has described as sin. Sin is never okay! It's not about making God angry. God is love and is full of love—not anger. He is trying to lovingly draw us into His ways. He is not throwing lightning bolts at us or killing us with car accidents, cancer and disease, or nature. That is what the corruption of sin that has defiled this world does. It surrounds us all, and it's greed, lewdness, and lust affect and steal from our lives!

God is reaching the hearts of all mankind in countless ways—all from a heart of mercy and goodness—not judgement. When His goodness and blessings touch our life, they make us thankful. Romans 2:4 says, "... that the goodness of God leads you to repentance." This world was never created by God for the functioning of sin. Sin is a curse. It steals from us and destroys lives. It takes society everywhere it does not want to go!

We are now living in a time where the general population is calling evil good and good evil.

This is not a new thing but it is a dangerous thing. Every society that has embraced sin and made it it's norm instead of seeking God's instructions for righteous living, has collapsed at one time or another. No society is immune from the effects of embracing sin. There were times when God would warn His people when they got off track. They would get caught up in the cultures of the world around them and stray from the way God intended for them to live. They would pull further and further from the Lord and before long, they would begin to call what was considered evil by God, good, and what was considered good by God, evil. God warned them of making this mistake. Isaiah 5:20 “Woe to those who call evil good and good evil, who put darkness or light and light for darkness, who put bitter for sweet and sweet for bitter."

Today, I want you simply to understand this: God’s will and instruction for how societies and culture are to live are given only to us through God’s word. His word and ways will never change. Hebrews 13:8 says, “Jesus Christ is the same yesterday and today and forever.” What God considers evil will always stay evil. What God considers good will always remain good. Do not tolerate evil in your life. Pursue good with all your heart.

In life's quest, be sure that you look for the good in people and love them for the good you find. At the same time, in loving people, do not build a tolerance for evil behaviors out of those relationships. That can and does happen when you love people. That is why God says we must be equally yoked. Oppose evil so it will not consume you. Oppose it by being honest about what is right and wrong, but not being judgmental. You can be honest when asked and still show the love of God. You may be persecuted, but Jesus warned us of that. Be a light to a dark world.  And don't accept sinful or wrong behaviors or attitudes in your own life! As we see them, we must be honest with God and expose them by confessing them to Him and asking for His forgiveness and grace to change. That is all any of us can do. Oppose evil because God hates evil and the destruction it permeates on mankind. Be vocal and call evil what it is—even in the midst of persecution. Don't attack people because most every person has good that they do and evil that they succumb to. But oppose evil behavior and resist it in your life and in societies laws and culture. Do what you can to prevent it from ever become the normal!