Is the Gut Feeling That's Prompting You From God?

A better word for a gut feeling is Premonition. I think most people are familiar with that word. The dictionary defines it like this: a sense that something of the future is about to occur; a sense of impending evil or misfortune; a warning in advance.

Is there such a thing as premonitions? Absolutely! Do most people understand them? Absolutely not! The world's view and understanding of them is mostly born out of man-made theories, religious cults, and wrong spiritual ideas originating from the imaginations of men—not from the truth of God's Word, the Bible. Listen to what I am going to say closely.

Anyone or anything that teaches about the future outside of what God has revealed to us from the scriptures is cultish, demonic, and opens the door for Satan to manipulate your thinking and eventually your behaviors. Satan thrives on lies, confusion, and fear. They are the empowering forces that mislead people in their beliefs about the future and the dead. 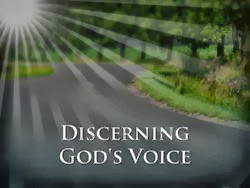 There are those who for reasons of curiosity or entertainment, read horoscopes, visit fortune tellers, listen to psychics, or to those who say they can speak to the dead. People that have lost a loved one and so earnestly desire to speak with them are ripe for this deception and are often those that most gravitate toward it. There is a whole new wave of television shows about people seeing into the past and future and talking to the dead. Hollywood producers are ignorant of God’s Word and have no idea that they are pawns in Satan’s hand to push demonic influence. It may be just entertainment, but this becomes the seed planted in people's minds that there might be something to this stuff. People can unknowingly be used of Satan to help facilitate deception or false powers that appear to be supernatural. Have you ever played with a Ouija board? People come to believe in those things. Belief is faith, whether it be in the things of God or the things of Satan. Those that write horoscopes, tell fortunes through Tera cards, read palms or crystal balls—those that call themselves psychics, and those that communicate with the dead ARE being used of Satan. They can influence your belief system and naively lead you into demonic activity. Renounce them and run from them!

God instructed His people through Moses saying, "When you enter the land the LORD your God is giving you, do not learn to imitate the detestable ways of the nations there. Let no one be found among you … who practices divination or sorcery, interprets omens, engages in witchcraft, or casts spells, or who is a medium or spiritists or who consults the dead. Anyone who does these things is detestable to the LORD… But as for you, the LORD your God has not permitted you to do so." Deuteronomy 18:9-14 NIV 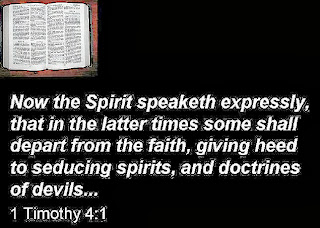 Satan's deception will increase in the earth as we get closer to Jesus' second coming. That way, people will attribute miracles to false sources other than from Almighty God through Jesus Christ. Satan has always had this plan and God's final condemnation of it is coming! Revelation 19:20 NIV says, "But the beast was captured, and with him the false prophet who had performed the miraculous signs on his behalf. With these signs he had deluded those who had received the mark of the beast and worshiped his image. The two of them were thrown alive into the fiery lake of burning sulfur."

I started out saying that there are real premonitions but people don't understand them. They are often leadings or warnings of the Holy Spirit. John 16:13 says that the Holy Spirit will “guide us into all truth… and He will show or tell you things to come.” God makes His supernatural help, practical in our life. He wants the inward prompting of the Holy Spirit to be a normal part of a Christian’s walk. This was never meant to be spooky or overly mystical. It takes time and maturing in the Word of God to sort out your own imaginations from God’s promptings. What we think God is telling us, has to be measured and in line with God’s Word and character. In learning His voice and promptings, you will make mistakes. Prideful spiritual people want to convince you they always know what God is telling them. It’s not true! Discernment concerning God’s voice and how He guides you and speaks to you comes with time and experience. Sometimes you will have listened accurately. Sometimes not. God is pleased when you try to listen to and be led by His Spirit and His Word. He is able to correct your mistakes when you've thought you heard from Him but it was just your imagination. There is no condemnation in saying, I thought this might be God leading me, but I think it was just my imagination. In time, as you learn to discern the voice of the Holy Spirit within you, you will become more accurate in discerning Him.

Sometimes God has led me to take a class. Sometimes to help a neighbor. Sometimes to develop a discipline in my life. Sometimes to call or bless someone and encourage them. Sometimes to share Jesus with someone. He speaks to me daily through His word to encourage and direct my thinking. He will lead you like this most every day if you will pay attention. The goal of Bible reading isn't to read for a specific amount of time. It's to read until His Word speaks to your heart. When that happens, stop and mediate on it what He is speaking to you!

The very verses he leads you to read and meditate on in the morning may be the verses that He uses to warn you from blowing it in a coming temptation that day. Or your verses may be the exact ones you need to encourage the heart of someone who is pouring out their heart to you later in the day. Sometimes that prompting is to pray. Maybe you know what to pray for. Maybe you don’t.

One morning I woke up early, immediately feeling impressed to get out of bed and pray. I asked the Lord, Who and what am I praying for? Not that I’d always get and answer but this time I did. He said, For yourself. That struck me as unusual but I did obey and pray. I prayed until that urge to pray left me. That day I was taking a flight to Washington DC. Our airplane was in a near miss. We missed crashing into a 747 by the distance of 900 yards. It later made the news. That day God saved my life. He warned me so I could pray and change the evil that Satan intended.

God’s voice is the only voice to listen to. He is so very precious. He is God but also called us His friend. Friends listen to each other and help each other. Will you listen to Him?