Power to Conquer Your Lame Excuses

Most of us look at ourselves in a mirror daily. We see what we see. You see yourself through your eyes and from your perspective. Have you ever thought about how God sees you? Actually that thought scares too many people because they feel that in God's eyes, they don't measure up or they are in big trouble. They don't want to think about how God sees them.

As a Christian, it's important to learn not to look at yourself through your own eyes, but instead see yourself as God sees you. Do you know that this is the true key to supernatural change and what ignites the power to conquer your lame excuses for not obeying God in your life? 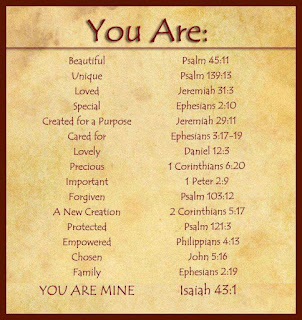 If you know the story of Moses, you know that the beginning years of his life were anything but normal. He was raised in the cross hairs of two cultures—Hebrew and Egyptian. They were two distinctly different religious and social cultures. It was easy for him to become confused over who he was in life and how he was supposed to walk his life out. He had to come to the place of discovery—deciding for himself what he believed and how he wanted to walk out his life.

The time came when his heart led him to choose the side of his Hebrew heritage. Once that decision was made, it grew in him until he was compelled to do something for God’s people—his people who were brutally oppressed. He failed in the worst way. He committed murder. Not on purpose. He was trying to protect a Hebrew slave from being beaten, but through his efforts, he accidentally killed the Egyptian taskmaster. He panicked and fled giving up all his hopes and dreams for a great many years. That is until one day God called upon Moses to remind him of why He put him on this earth and to guide him toward his destiny. God asked Moses to step out in faith and do something for Him. Let’s read about it and as we do, begin to see the battle of Moses excuses over his inadequacies, warring with the voice of God telling Moses who he was and who he could be with God working in and through him.

Exodus 3:10 NKJV “Come now, therefore, and I will send you to Pharaoh that you may bring My people, the children of Israel, out of Egypt."

We see Moses’ first excuse—those words that the devil teaches us all to parrot and build into our thinking—Who am I?

Verse 11 – “But Moses said to God, "Who am I that I should go to Pharaoh, and that I should bring the children of Israel out of Egypt?"

Moses struggled with his identity. He didn’t feel worthy or prepared and was sure there were others beside himself who were more qualified. He was probably thinking—God you’ve got to be kidding! I am absolutely incompetent to do this!  Moses was seeing himself through his own eyes and in his own ability rather than listening to God’s voice. God was telling Moses that He would be with him to help him at every step. Moses, not unlike many of us, was afraid of failure. Most fears of failure in life are tied to the fear of the unknown, the scars of past failures, and the fear of public opinion and gossip. What is everyone going to think if I fail at this again? God answered Moses giving him a rod and the promise of signs and wonders to validate God was with him—the promise of a miraculous commissioning. Moses was still weak kneed. 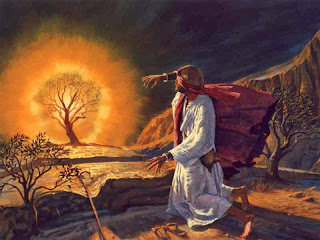 Look at God’s response. V12, “I will certainly be with you. And this shall be a sign to you that I have sent you: When you have brought the people out of Egypt, you shall serve God on this mountain." What could inspire more confidence in anyone than a commission and promise from God that He will back you and be with you!”

Then Moses offered his second excuse. Verse 13 Then Moses said to God, "Indeed, when I come to the children of Israel and say to them, 'The God of your fathers has sent me to you,' and they say to me, "What is His name? What shall I say to them?" God told him what to say.

Then Moses had his third excuse. Exodus 4:1 “Then Moses answered and said, But suppose they will not believe me or listen to my voice; suppose they say, "The LORD has not appeared to you."'

God was so patient with Moses. He listened to his excuses and worked through each one with him. If you’re a dad and your child is telling you his excuses for being afraid to step out and try something, are you as patient to help him? Are you as willing to help him? Part of who he becomes is connected to your support and encouragement—you being his helper, his friend, and his supporter.

God desired to use Moses in spite of his extensive flaws and contradictions. God addressed his excuses and objections with great detail, assurance and power. What did Moses do? Offer more excuses.

Number Four Excuse: "I’ve never been eloquent—I’m just not a good speaker." God helped him through that.

Then Excuse Five: I just can't do it—the one most people pull out of the bag before they walk away from God. Exodus 4:13 “But Moses again pleaded, "Lord, please! Send someone else."

All of the great leaders in the Bible outside of Jesus Christ were flawed, fearful of doing what God asked them to do, and tempted to decline with excuses. It’s easier to make excuses about our inadequacies than it is to take on a challenge at God’s request. We’re plagued by self-doubt. We say we don’t have the right skills for the job, and like Moses we may worry that people, even our families, won’t buy into our leadership—after all, Jesus’ own brothers and sisters didn't!

God knew what Moses had in him, regardless of any shortcomings.  God ended up bringing Moses' brother Aaron in to help with the job assignment. That was God's second best. Time and again He supported and reassured Moses by addressing his fears and objections and by promising to be with him, giving him the tools he needed to succeed. God choose to cultivate and develop leadership in Moses which would eventually inspire the future leaders of Israel. He would become one who modeled  trusting God more than himself. This is where excuses are defeated—when one knows who He is in God, not in himself. This is where men become godly men and women become godly women. This is where families become a powerful light. This is where churches become centers of influence changing cities, states, and nations. 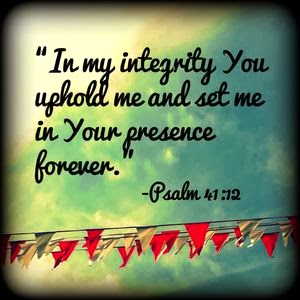 When God is leading you to do even small things that you are afraid to do, remember Moses being paralyzed with fear and how God helped him and taught him the answer to the question, Who am I? God is no respecter of persons and is waiting to help answer that question for you! The fulfillment of your destiny begins with one step of obedience to God at a time.