Be Aware Of or Lose These Precious Gifts From God


There is a common occurrence in life that most adults are aware of. It’s an experience most have been guilty of. That experience happened when they passed through a season of their life—the teenage through young adulthood years. That was the period where their parents began to grow unintelligent and out of touch with reality while they become brilliantly wise about all aspects of life. Do you remember those years? Do you remember what you were like? 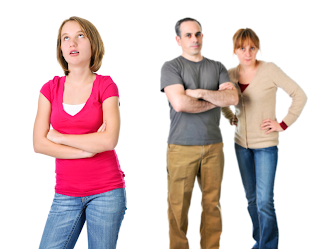 It was amazing how when I got married and began to have children, my parents suddenly had this transformation and became wonderfully smart and wise again! Yeah right! The truth is, I'm embarrassed for those years of depreciating my parent’s wisdom while exalting my own. For me, the thing that most snapped me out of this delusional stage was having children. It was at that point that I began to grow in my understanding and appreciation for what love and responsibility was truly all about. It was at that time that my love and appreciation for all that my parents sacrificed for me, and all they put up with concerning me, began to skyrocket.

Do you think this is the only season of life this happens? It’s not. It's called familiarity and it breeds contempt instead of appreciation and honor for those who have loved and helped us. If we don’t understand and guard against it, we will make the mistake of under-appreciating those that we should appreciate and honor again and again.

Jesus begins to help us see how this could happen again through His words in Luke 4:24 NIV. “I tell you the truth, no prophet is accepted in his own hometown.” Jesus spoke two very key words that deserve your full attention. First He said, “I tell you the truth…” When Jesus says something is the truth, He is not saying it lightly because everything He says is truth. He is saying this is an absolute truth you must take seriously—you can take it to the bank—no ands, ifs, or buts. Secondly, He said the word “no” as in “no prophet is accepted in his own hometown.” The word no means just what you think no means. It means none—no exception. 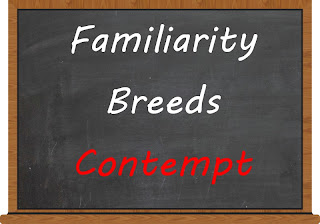 He is saying that without exception, there is this experience of familiarity—knowing someone so well and for so long, that at some point the experience of depreciating respect and appreciation for those who have had a profound influence in your life, happens! There are those—parents, siblings, bosses, co-workers etc.—who you've become familiar with (or overly used to) who've helped you but to some degree, you've lost respect and appreciation for. And let me say this one more time. It happens without exception.

Jesus was speaking of Himself but also of an experience of life. Jesus grew up in his own hometown and community and those that grew up with him knew him well. He was a carpenter’s son. He was the son of Joseph and Mary. They’d known him all his life. They knew his strengths, and their perspective of his weaknesses. How could he suddenly proclaim himself to be the son of God? He became the prophet in his own home town and because they knew him so well, they couldn’t see him in this new light.

This can happen anywhere. We know children can become so familiar with their parents, that they lose the ability to appreciate their parent’s wisdom and experience.  Employees can become so familiar with their boss that they begin to depreciate the wisdom their boss has. They lose sight that their boss or company owner may have worked hard to get where they are and still have great wisdom to learn from.

Husbands and wives can become so familiar with each other and with each other’s faults and weaknesses that they become blinded to the wonderful things that attracted each other to begin with.

Friends can become so familiar with each other that they take each other for granted and at some point, begin to see too much of the ‘less that great attributes,’ losing sight of their good attributes. We see this in Job 19:14 (NKJV) "My relatives have failed, And my close friends have forgotten me." And in Psalm 41:9 NLT “Even my own familiar friend, the one I trusted completely, the one who shared my food, has turned against me.”

People can even become familiar with God—so much so, that He becomes just another figure in their life and not the one they respect and reverence as Almighty God!

Years ago I had these friends—a couple who both worked at the same company for a very long time. They had been there for many years and had become very familiar with the owner of the company. Over time, to them he had become someone who was at one time brilliant, but now making a lot of stupid decisions. In their minds, they had become smarter than him. They had exalted themselves and depreciated him. This led to their quitting to go live out their personal brilliance trying to replicate what he had built, only in their own way. A year later, they had discovered they weren’t so smart. They didn’t have all the answers. They couldn’t duplicate what they thought they had learned and known. They began to humble themselves and an amazing thing happened. As they did, they began to appreciate their former boss once again. They began to remember and reminisce about how smart he was. They eventually asked to meet with him and when they did, they told him the story of their own arrogance and how sorry they were. They asked if he’d hire them back. He did and their outlook was refreshed and renewed. 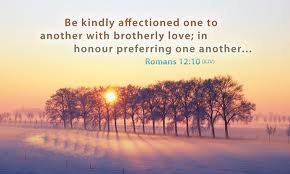 There are no perfect people out there. When you become familiar—when you start to know someone so well that you can see their faults and imperfections —you’ll either see more or you’ll work to look past them and focus on their strengths and wisdom and the good in them. You'll hold them in their place of honor. You’ll guard that and not let familiarity steal it. Philippians 2:3-4 says, “...Be humble, thinking of others as better than yourself. Don't think only about your own affairs, but be interested in others, too, and what they are doing.”

Whether it’s Almighty God, your parents, your boss, your spouse, your friend, or whoever it is that had an influence in the success of your life, work to remember and always see the good in them. Value their strengths remembering that you've benefited from them and there is more to learn. Honor them by overlooking their imperfections knowing you have your own. In doing so, you’ll keep something precious and valuable in your life. This is a precious lesson to learn.