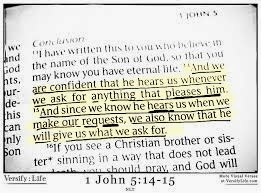 When I was a young Christian, I had about as much faith in my prayers as I did rubbing a rabbit's foot or breaking a wishbone. I had no real faith that God would ever hear or answer my prayers and that isn't a good thing! That would be similar to a young child thinking his parents had no time for him/her and no faith they cared about or would do anything for them. God loves us more than the most loving parent ever could and wants us to put faith in Him.

Although God loves us, He isn't a genie. Prayer takes His will and other's concerns to heart. To have faith in God answering your prayers, you need to know what His will is! That is clearly understood through 1 John 5:14-15 (NIV). It teaches us why it is so important to know the will of God and have faith in it. It says, "This is the confidence we have in approaching God: that if we ask anything according to His will, He hears us. And if we know that He hears us--whatever we ask--we know that we have what we asked of Him."

I love reading about Daniel because Daniel was a gracious, God-fearing and God-loving man who knew God's will and prayed often about it. He modeled true heart-faith for us to learn from.

In the story of Daniel, he had risen from being a captive slave to become the pagan King Nebuchadnezzar's top aide and ruler. The king was upset over a dream he had, but did not understand. None of his wisest advisers could help him interpret it. It made the King so mad he planned on killing every one of his wise men. When Daniel heard, this is how he handled the situation. 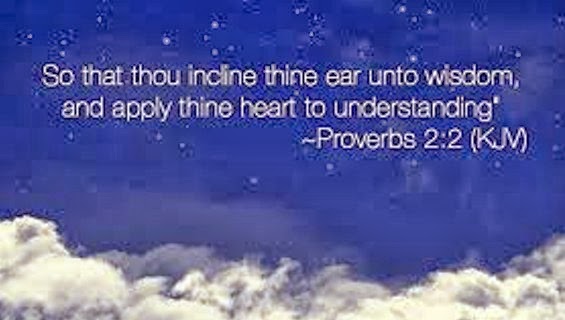 Daniel 2:16-20 (NKJV) Then Daniel went in and asked of the king that he would give him time, and that he would make known the meaning to the king. Then Daniel went to his house and made the thing known to Hananiah, Mishael, and Azariah, his companions, that they might pray for the mercies of God in Heaven concerning this secret, that Daniel and his companions should not perish with the rest of the wise men of Babylon. Then the secret was revealed to Daniel in a night vision. And Daniel blessed the God of Heaven. Daniel answered and said, Blessed be the name of God forever and ever, for wisdom and might are His.”

Daniel gave the interpretation to the king and saved not only their lives but the lives of all the pagan wise men who hated Daniel also. The mercy of God touches the just and unjust.

Here is what Daniel’s life reflected.

First, that he had an intimate relationship with God. He had confidence that he could go to God in prayer and that God would help Him. This confidence and knowing is having true heart-faith in prayer. Something that only comes as you become acquainted with God and His will through the study of the word and through prayer.

Secondly, he had a group of godly trustworthy friends that he could take a problem to knowing they had true heart-faith in prayer and would pray along with him. 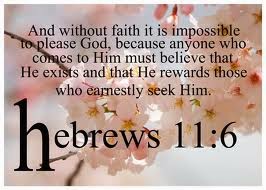 Third, Daniel never became elevated in pride because of his answered prayers. He never took credit to make himself look good. He gave all the glory to God with great thanksgiving. This is sincere intimacy with God that creates true heart-faith in prayer to the one who alone helps us succeed through life! Learning what God's will is worth the effort. Learning to pray in true heart-faith will change your life forever! Draw close to the Lord! He is a rewarder of those that do!

Hebrews 11:6 (NKJV) "But without faith it is impossible to please Him, for he who comes to God must believe that He is, and that He is a rewarder of those who diligently seek Him."

Email ThisBlogThis!Share to TwitterShare to FacebookShare to Pinterest
Labels: faith-filled prayers, intimacy with God, Jesus, knowing the will of God, moving the heart of God, Praying like Daniel, seeking God, the power of prayer
Newer Posts Older Posts Home
Subscribe to: Posts (Atom)