Stop Fear and Overcome It Through Faith!

When I was in Bible school, I had a class I was taking on leadership. Of all the classes I took, I probably remember more from this class than any other. My instructor was telling us about the roar of a lion and its power to paralyze its prey with fear from the intensity of its roar. As He was talking to us about this, the Lord instantly brought a verse to my remembrance, 1 Peter 5:8 which says, “Be sober, be vigilant; because your adversary the devil, as a roaring lion, walks about, seeking whom he may devour.” Of course it was the verse he had in mind and continued to teach from. 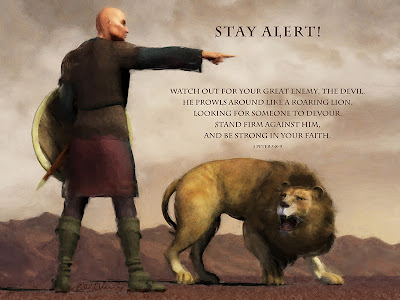 This made me think of how a bad report can hit someone and paralyze them with fear. Is God the author of bad reports? Absolutely not! If you follow Jesus through the gospels, every time there was a bad report Jesus would say “Don’t be afraid.” as we see in Luke 8:41-42 &49-55 (NLT).  “And now a man named Jairus, a leader of the local synagogue, came and fell down at Jesus' feet, begging him to come home with him. His only child was dying, a little girl twelve years old. … a messenger arrived from Jairus's home with the message, "Your little girl is dead. There's no use troubling the Teacher now." But when Jesus heard what had happened, he said to Jairus, "Don't be afraid. Just trust me, and she will be all right." When they arrived at the house, Jesus wouldn't let anyone go in with him except Peter, James, John, and the little girl's father and mother. The house was filled with people weeping and wailing, but he said, "Stop the weeping! She isn't dead; she is only asleep." But the crowd laughed at him (mocked) because they all knew she had died. Then Jesus took her by the hand and said in a loud voice, "Get up, my child!" And at that moment her life returned, and she immediately stood up! Then Jesus told them to give her something to eat.”

Jesus wants us to be aware and recognize the devil's devices and want us to be dependent upon Him in faith to withstand those paralyzing attacks of the enemy. We’ve all experienced them. When an evil report has ever come and tried to grip my heart, I've grabbed my Bible, turned to a promise of God’s Word, and read it loudly–so that it was louder than the evil report and thoughts running through my head. Romans 5:20 tells us that “…where sin increased, grace increased all the more.” My attitude is, if evil reports come, then God’s good reports come all the more. God doesn’t want us paralyzed by Satan’s roar. He wants us to remember the roar-breakers. Luke 10:19 says, “Behold, I give unto you power to tread on serpents and scorpions, and over all the power of the enemy: and nothing shall by any means hurt you.” Amen, this is God’s will and our promise and I am determined that what the devil brings against me for evil, God will turn for good and bring blessing. 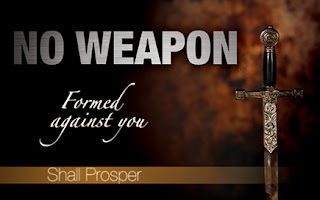 2 Kings chapter 19 we read the story of an evil report designed to strike fear in King Hezekiah and God’s people. King Sennacherib was the vilest of kings. He sent word to God's people who He and his army were coming to destroy them. This report sent a chill down the backs of God's people and King Hezekiah. It was a roar of the worst kind. It is an ongoing tactic of the enemy and one he has used over and over again. He brings an evil report with the intention of striking fear in the hearts of his target, getting them to repeat and talk about it so that it will gain  momentum. The enemy's desire is to deeply plant a report that robs all hope and faith. The prophet Isaiah spoke to the King and people saying,  “This is what the LORD says: Do not be afraid of what you have heard...” (2 Kings 19:6)

In Mark 4:15 NIV, the Bible again exposes that tactic of the devil. It says, “Satan comes immediately and takes the Word that was sown in their hearts.” It tells us that one of the ways he does that is to bring the cares of this world. An evil or bad report will definitely bring cares which are used to steal our faith. Yet, the entire Bible is written to encourage us to prove out this truth; “With men this impossible but with God all things are possible.” (Matthew 19:26 NKJV) 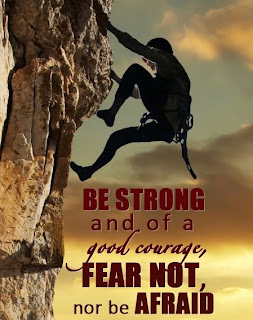 When Hezekiah heard the bad report, he did what God wants us to do–keep our mouths shut. Don’t spread the evil report but instead, pray! When King Hezekiah did that, he heard from the Spirit of God. Even though the enemy’s army was advancing on them, God spoke the words,"Do not be afraid of what you have heard..." He then supernaturally protected and delivered them from destruction.

God wants us to move away from responding to everything our five senses tell us and instead learn to stand on the promise of His Word. With God, things are not over till they are over, and even then they aren't over. His Words say that the enemy has no right to harm us. It is a covenant promise. Yes, I know that people are hurt every day. Not everyone knows that God has a way out. You can't answer for every person. You can learn to stand in faith and pray yourself. If you do and you learn to stand on these covenant promises, you will see negative circumstances change.

These promises are appropriated by faith and the faith comes from the knowledge of what God promises you. You have to find that out for yourself. As you do, be the bearer of hope, good news and the promises of God. Don't repeat a bad report. Instead grab the hand of the reporter and say, Come on, this situation needs prayer. Let's agree in prayer right now for this situation to change. Now you are a carrier of good news, of faith, and of hope. You will be used of God and be a great blessing! As Proverbs 15:30 says, “A cheerful look brings joy to the heart, and GOOD REPORT gives health to the bones.

Psalms 23:4 (NLT) "Even when I walk through the darkest valley, I will not be afraid, for you are close beside me. Your rod and your staff protect and comfort me."