Finding the Grace & Strength to Get You Through!

Are you a Christian that knows the importance of prayer? Have you ever had one of those seasons when your prayer-life felt a little dry? When a dry or a fading prayer-life becomes your reality, its time to wake yourself up! There are many reasons people's prayer-life goes in the tank. One is a busy life. The problem with most busy lives is not busy itself. It's a mismanagement of your priorities and time. Two plus hours for TV or a newspaper or social media but not 30 minutes for some Bible reading and prayer? That is a mismanagement of your priorities. 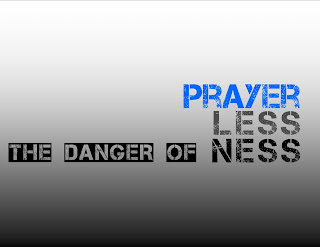 Jesus knew better than to let that happen so let's look to His example and be refreshed in exactly why we can’t let our prayer life be stolen from us. I want to show you a day in the life of Jesus.

Matthew 14:9-13 NIV "King Herod was distressed… he ordered... John beheaded in the prison. His head was brought in on a platter… John's disciples came and took his body and buried it. Then they went and told Jesus. When Jesus heard what had happened, He withdrew by boat privately to a solitary place."

Jesus lost a friend who was also His cousin. He went to be alone and regroup and pray but life didn't stop and give Him time to grieve. People still needed Him. People still wanted things from Him. People still pulled on Him. Ever have that happen to you? You feel in the pits but people aren't thinking of your well-being? They are thinking of themselves and need you! Jesus' day continued...

Matthew 14: 13-14 NLT "... But the crowds heard where Jesus was headed and followed on foot from many towns... and when He saw a large crowd, he had compassion on them and healed their sick." They weren't thinking of Jesus or the loss He had experienced. They wanted Him and the touch of His healing power for their life.  And this was no small crowd or small task. It took much of the day. What got Him through? Prayer!

His day didn't end there. Matthew 14: 15-21 NIV "As evening approached, the disciples came to him and said, "This is a remote place, and it's already getting late. Send the crowds away, so they can go to the villages and buy themselves some food." Jesus replied, "They do not need to go away. You give them something to eat." "We have here only five loaves of bread and two fish," they answered. "Bring them here to me," he said. And he directed the people to sit down on the grass. Taking the five loaves and the two fish and looking up to heaven, he gave thanks and broke the loaves. Then he gave them to the disciples, and the disciples gave them to the people. They all ate and were satisfied, and the disciples picked up twelve baskets full of broken pieces that were left over. The number of those who ate was about five thousand men, besides women and children."

This was a normal day for Jesus but to us it seems like a marathon. How could He continue to give so much of Himself? He did not have an advantage over us. He put Himself in the role of Jesus as a man, stripped of His divinity and living by faith as He taught us to. He eliminated His divine advantages. He lived by faith which is fed through the Word of God AND PRAYER—just like we are to! Jesus constantly went in His heart to His Father, in thanksgiving and prayer for grace and strength. How did Jesus end this marathon day that started out with the death of His beloved cousin? Matthew 14:23 "...After Jesus had dismissed His disciples, He went up on a mountainside by Himself to pray..."

Life didn't stop and give Him time to grieve for John, or rest from people needing Him. Because Jesus prayed, God could work through Him. Even though His heart hurt over the personal loss of His beloved cousin John, even though He was weary and exhausted, even though He had to have wanted to just crash, rest, and zone out, instead He prayed. When we pray and seek God's grace and strength like Jesus did, then we can be used to speak His words of life and touch people's lives with His healing touch. We can be used to bring encouragement and faith to others. We can find the grace to press through life's discouragement like a warrior!

You may not be out preaching like Jesus, but you are surrounded by family, co-workers, and by people needing the love of God from you without thinking about what you need.

Jesus gave His life for us, AND to be an example to us. Prayer was the bridge of faith that grace and strength crossed over. It will revitalize your purpose and strength bringing refreshing and grace to press through with joy! Prayer is not a place to drift from. It's something to yearn for and yield to. The lives of many including your own, depend upon it! Don’t let discouragement render you ineffective. Pray and let God refresh and empower you!

Luke 18:1 (NLT) "One day Jesus told his disciples a story to show that they should always pray and never give up"