A friend recently told me that he and his wife had received a notice in the mail carrying delightful news from their bank. Evidently the bank had gone through some routine self-auditing and found a mistake in which it owed them money from charges on a loan that they should not have been charged for. They received a nice chunk of change unexpectedly. In many cases, such as this instance, record-keeping is very necessary. When it comes to marriages and relationships, tallying wrongs and record-keeping in can lead to great harm. 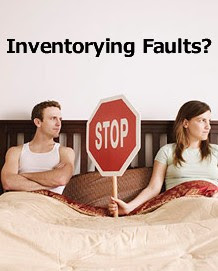 If you have ever had to work in a job where you’ve had to take inventory, you know that you have to keep record of every little item on the shelf.  When someone has hurt us, it seems as though Satan is right there to increase our memory capability for remembering wrongs. We seem to want to inventory  every one of them. 1 Corinthians 13:5 NLT says, “...Love keeps no record of being wronged." The literal Greek words say think no evil and their literal definitions imply, Keep no inventory of the evil, worthless, deprived things someone has done to you. Why do you think that is? I'll tell you. God doesn't want us keeping a record of wrongs because if we did, there would never be a relationship that would survive—not one!

Great relationships generally begin with a mutual attraction of personalities that ignite a fair amount of excitement as they discover each other. If all goes well, dating with a deeper desire for friendship and more happens. If the pings and thoughts of love are sparked, then there is also great grace in play. That grace is almost a blinding force that keeps each other from noticing the little faults and idiosyncrasies that exist in each other. From there a true love and trust takes root. 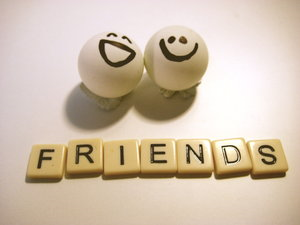 As time goes on, some of the earlier efforts of demonstrating best behavior begin to wane. Stories begin to be repeated and conversations aren't quite as exciting or fresh. Because people begin to get more comfortable with those they love and trust, they become more carefree in their behavior. I know few men that have ever passed gas in front of a girl they were trying to meet and impress. Yet those same men drive their wives crazy with this rude habit in their marriage.

As relationships become very comfortable, that blinding new-love grace begins to lift. Idiosyncrasies begin to be noted. Little faults such as he’s always showing up late, start to be mentally recorded and the inventory process has begun. At this point, relationships face opportunities to deteriorate. If you begin to note and mentally record and meditate on faults, then there will come a time where your heart and mouth will slip and spew them out. When spoken, they gain power to do damage. Someone will be hurt. Schism will manifest, and the relationship that was a gift from God will deteriorate, possibly even to the destruction of the relationship. This is why God says, love keeps no record of wrongs! Problems do need to be appropriately worked through and couples need time to adapt to each other. Marriage is the process of two people becoming one flesh—learning to adapt to each other, and this takes time! God's kind of love is the love that makes it work. That's because love is also about preferring one another and laying down of your own self for another. These are the ingredients for fixing problems and enriching relationships.

We could all be guilty of having a list of faults that if recorded, would make us look like much less appealing. As a matter of fact, many people are secretly fearful that someone is making note of their faults and telling them to others. Part of our motivation in not talking about someone else’s faults is because we don't want someone focusing and blabbing ours! Proverbs 16:28 says, "A man who says pleasant things to someone’s face but stirs up strife and dissension behind their back is perverse and a gossip that can separate even close friends."

When my sons were young, they collected baseball cards. When they got a card they really valued, they’d put it in a plastic case so that it won't get bent and devalued. They’d do the same with coins. Because they valued them, they protected them. They wouldn't think of casually keeping them unprotected in their pockets while they walked through their day.

Many relationships start out with high value but we forget to encase or protect them. We let loose and casual words regarding their faults first take thought and eventually root in our hearts. Then at some point we speak them. The quickest way to deteriorate what was once a good relationship is to start taking inventory of wrongs and then start talking about them. This is something husbands and wives, families, and friends do all the time. Yet God says, "Love keeps no record of wrongs." 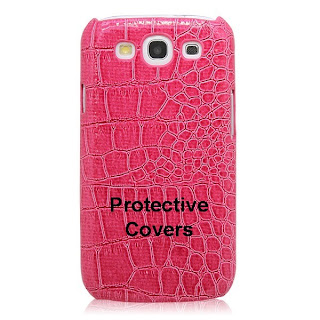 It is critical to diligently cover people that you care for and value. Because you love them, you will pray in faith over them. Devalue them with your words, and over time, you will find that the desire to pray for them wanes. When you stop praying or covering them, they lose the prayers of someone that may have been the one person who was holding back Satan’s attacks from their life. Your desire to cover them in prayer from a real position of faith and love becomes difficult to impossible.

So, hold on to that love for them by tearing up their fault list. Look for the good and speak and exhort them for it. Don’t bury things that bother you. Just find an appropriate way to lovingly talk and work through them. It’s easier to work on desired changes one at a time then having someone present you with an inventory list. Renee and I have learned that from experience. God’s not keeping a record of your wrongs.  Follow His example and count people precious and something to protect. As God says, Isaiah 43:25 "I, even I, am he who blots out your transgressions, for my own sake, and remembers your sins no more.”

Proverbs 17:9 (NIV) "He who covers over an offense promotes love, but whoever repeats the matter separates close friends."