Faith That Changed the Word: A Christmas Message

Luke 1:38 (NKJV) Then Mary said, "Behold the maidservant of the Lord! Let it be to me according to your word..."

A woman radiant with an indescribable beauty that was the touch of Heaven upon a human life. Her beauty formed within from her great love for the Lord and her constant and ever-present desire to live for Him.   And he, a man’s man. Not a man-pleaser, but a man whose countenance was strong and protective. A man who also loved God, hungering to know Him and sense His voice through the scriptures. This was Joseph and Mary. They were engaged and believed their impending marriage to be the perfect will of God. As much as either of them loved God—together, they would be a greater force of His love and influence as they became one flesh. 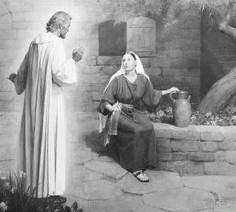 They longed to live for God and do His will. And then His will came in a demonstrative way that most would never experience. Mary was visited by an angel! Luke 1:26-37 (NLT) In the sixth month of Elizabeth’s pregnancy, God sent the angel Gabriel to Nazareth, a village in Galilee, to a virgin named Mary. She was engaged to be married to a man named Joseph, a descendant of King David. Gabriel appeared to her and said, “Greetings, favored woman! The Lord is with you!” Confused and disturbed, Mary tried to think what the angel could mean. “Don’t be afraid, Mary,” the angel told her, “for you have found favor with God! You will conceive and give birth to a son, and you will name him Jesus. He will be very great and will be called the Son of the Most High. The Lord God will give him the throne of his ancestor David. And he will reign over Israel forever; his Kingdom will never end!” Mary asked the angel, “But how can this happen? I am a virgin.” The angel replied, “The Holy Spirit will come upon you, and the power of the Most High will overshadow you. So the baby to be born will be holy, and he will be called the Son of God… For nothing is impossible with God.”
How did Mary respond to this incomprehensible event and declaration pronounced over her?  We see her amazing faith-filled response in Luke 1:38. (NKJV) Then Mary said, "Behold the maidservant of the Lord! Let it be to me according to your word." And the angel departed from her.
Those words, “Let it be to me according to your word “ are some of the most faith-filled words ever spoken on earth. They were witnessed by the angels and heard from the throne of God.  They were the kind of words spoken by Abraham, Moses, and David. They were sincere, faith-filled words—the kind of words that bring God’s desires into manifestation in this earth. From that moment, the seed of God’s word impregnated Mary with the child Jesus.
That is what the seed of the Word of God has the capacity to do within us. It has the ability to impregnate us with hope and truth that in-turn produces faith to believe. That faith becomes the bridge for God’s promises to become our miracle, just as it was for Mary!  Mary believed and immediately knew to go share what God had done with one who had also been touched by the Lord—with Elizabeth. Both would experience the result of their faith. As the angel Gabriel said, “For nothing is impossible with God.”

As believers, we are not bound by the earthly discouragements that come fast and furious in this defiled world. We have a book filled with letters from the heart of God—a Father’s covenant promises to His children.  The words are supernatural. When loved and embraced the way Mary embraced God’s word delivered to her through Gabriel, they can lift you out of disappointment and hopelessness in a moment's time. They can take you from the pit to the mountaintop of hope and encouragement in an instant of time.


You are not alone. You are loved by the God of this universe and by His Son who gave His life for you. If you will allow Him, He’ll personalize that love and warm your heart with hope! Embrace Him and His Word, as words spoken directly from His heart to yours.


Jeremiah 31:3 (NIV) “The LORD appeared to us in the past, saying: "I have loved you with an everlasting love; I have drawn you with loving-kindness.”

In His Love,
Pastor Tim Burt
Would you like to Partner with Pastor Tim? Click here and Learn More...