Valuing and Protecting Your Relationships

A friend of mine was telling me about a surprise blessing that fell into their lap. They had received delightful news from their bank. Evidently the bank had gone through some routine self-auditing and found a mistake in which it owed them some money from charges on a loan that they should not have been charged for. They unexpectedly received a nice chunk of change back. Praise God for their thorough record-keeping. In some cases, it's great and necessary for great record keeping. In marriages and relationships, record keeping might cause great harm. 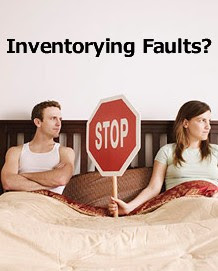 God's Word has counsel for us regarding record keeping in relationships. We see it in 1 Corinthians 13:4-5 NIV. “Love is patient, love is kind. It does not envy, it does not boast, it is not proud. It is not rude, it is not self-seeking, it is not easily angered, it keeps no record of wrongs.” It says that love keeps no record—no accounting process of wrongs!” The literal Greek words means “think no evil” and the literal definitions say, “Keep no inventory of the evil, worthless, deprived things someone has done to you.” If you have ever had to work in a job where you’ve had to take inventory, you know that you have to keep a record of every little item on the shelf. When someone has hurt us, it seems as though Satan is right there to increase the capability of our memory because we can keep inventory of all the ways someone has hurt us.

God says, “Love keeps no record—no accounting process of wrongs!” Why do you think that is? I'll tell you. God doesn't want us keeping a record of wrongs because if we did, there would never be a relationship that would survive—not one!

In new relationships there is excitement and discovery. Even though everyone has faults and quirks, grace seems to blind us of them when it comes to new people we like. As time passes, the newness of a relationship wears off, stories are repeated and conversations aren't quite as exciting or fresh. Familiarity takes over and faults surface. Eventually the faults become noted idiosyncrasies and the relationship faces opportunity to deteriorate. If one begins to note and start inventorying those faults, they grow. It won't  be long before that relationship loses the value it once held. This is common in marriages and consequently,  far too many deteriorate and fail. The same is true in friendships. This is why God says, love doesn't record them! 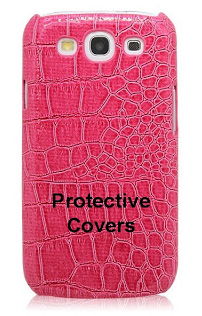 We could all be guilty of having a list of faults that if recorded would make us look like a monster. As a matter of fact, many people are secretly fearful that someone is making note of their faults and telling them to others. Part of our motivation in not talking about someone else’s faults is because we don't want someone focusing and blabbing ours! Proverbs 16:28 (TLB) says "An evil man sows strife; gossip separates the best of friends."

Most every person I know that has valuable things, takes steps to protect and ensure them. God has a plan to help protect and insure relationships that are valuable to you. He says to not keep a record of wrongs and don't verbalize the faults and idiosyncrasies of those you love. Just except that everyone has them and learn to embrace their uniqueness to the degree you can. What you can't, talk through and work through with the goal of protecting the relationship. Looking past them and appreciating the good you first saw in others will help you over and over and over again! Value those God has brought into your life, don't erode your love for them!