God's Promises Are Your Guide, Your Rudder, and Your Peace

Romans 10:8 NIV says, "The word is near you; it is in your mouth and in your heart," that is, the word of faith we are proclaiming.” 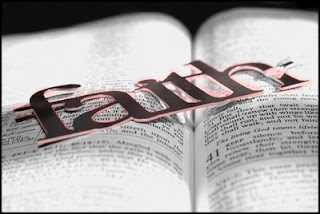 David, who slew Goliath, was one who saw the Word of God as the word of faith. To Him it was fact. God was real. God was His helper. God was His strength. God was His help in time of trouble. David loved Him by faith, worshipped Him by faith, and embraced everything passed on to Him by His forefathers about God by faith.  God was as real to David as I might be to you, even though you may have never met me face to face.

God had given David words from Heaven that David based his entire life and existence upon. Because of David's deep love and expression of faith, God was intimate in return to David. He spoke to His heart. James 4:8 (NKJV) teaches us, "Draw near to God and He will draw near to you..." David knew it and lived it by constantly drawing near. He spoke and sang to God daily! He recited God's promises back to God in many ways daily! David tells us in Psalms 119:11 (NLT) "I have hidden your word in my heart, that I might not sin against you."

Having great faith in God’s word was what fueled David to stand up to Goliath when an entire army Israeli cowered at Goliath’s very presence. David was convinced God would help him in every situation—especially at defending the name of God. We see in the Psalms 91:7 (TLB), what was in David’s heart and how he thought. "Though a thousand fall at my side, though ten thousand are dying around me, the evil will not touch me." It didn't make any difference what happened to those around him; He knew God would help him. God’s Word was his word of faith—that which he put absolute and total confidence in.

There will always be those that consider the Bible as nothing more than a storybook—a book of myths, fables and allegories. To them it is not the word of faith. 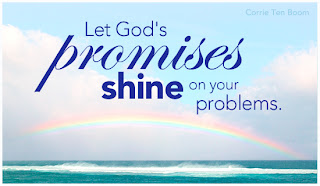 Hebrews 6:11 says “Without faith it is impossible to please God, because anyone who comes to Him must believe that He exists and that He rewards those who earnestly seek Him.” That chapter then goes on to list the heroes of faith who walked by the faith that pleases God and consequently experienced mighty exploits at that hand of God. To those who believe God’s Word, "... it is the power of God to salvation (to be rescued, helped, protected, healed, and made whole) to every one that believes. (Romans 1:16) God's promises are what bring us supernatural peace—the peace that the Bible says "passes human understanding."

God's Word is so rich in promises to us, that it compels me to shout it from the rooftops (or at least through email and social media.) Be blessed as you let your life be touched by and dare to let His word become your word of faith today!

2 Corinthians 1:20 (NIV) "For no matter how many promises God has made, they are "Yes" in Christ. And so through Him the "Amen" is spoken by us to the glory of God."