Clearing Out the Obstacles to God's Blessing

Our daughter Stephanie was the oldest of our four children.When she was young, she liked to play mother and boss her three brothers around. My son Peter, who was four at the time, did not like it. I remember hearing him saying over and over, Step-o-nee, you are not da boss! Well Peter was right. She wasn't the boss and we had to teach her that. But she was the best daughter in the world.

God IS the boss of our lives! At least He should be. In being that, he does not lead or instruct us through intimidation, even though the world loves to lead that way. 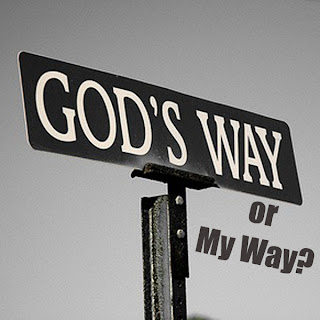 God calls and reaches out to us in many ways—and solely from His heart of wanting to impart the knowledge of His goodness His love and instruction of His ways. Psalm 25:8-10 (NIV) says, “Good and upright is the Lord; therefore he instructs sinners in His ways. He guides the humble in what is right and teaches them His way. All the ways of the Lord are loving and faithful for those who keep the ways of His covenant.” His heart-motivation is that of a father's love! He desires blessing to overtake our lives!

God's word consistently reminds us of His love, grace, mercy, and desire to bless us. He tells us that much of the blessing that will come to our lives is from the favor that comes from a transformed life. Romans 12:2 (NLT) says, "Don’t copy the behavior and customs of this world, but let God transform you into a new person by changing the way you think. Then you will learn to know God’s will for you, which is good and pleasing and perfect." A transformed life—a life that moves sin out and becomes more Christ-like, helps promote God's favor—a grace, love, and influence that you can have with people who draw blessing to your life. 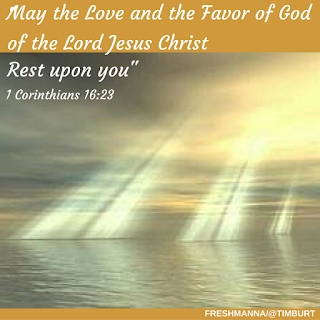 Of course God's disciples were persecuted by those that hated Jesus, but, the world was also filled with those searching to know Jesus. God's disciples experienced great favor with those seekers early on! Acts 2:46-47 (NKJV) "So continuing daily with one accord... praising God and having favor with all the people. And the Lord added to the church daily those who were being saved."

God is Love. But, God is also the boss. There are things He does not like—even things He hates. That does not mean people. That means wrong behaviors, words and actions. He hates that Satan has deceptively made sin look attractive when in truth, it really only steals and destroys life. Proverbs 14:12 (NKJV) says, "There is a way that seems right to a man, But its end is the way of death." Proverbs 14:9 (MSG) says, "The stupid ridicule right and wrong, but a moral life is a favored life." God does not hate you! He loves you! He simply hates the sin because it brings so much hurt to the people of this world whom He loves so much! Jesus proved that love!

When you are really hungry you feel hunger pains. They are telling you your body is hungry so you'll eat. When you have eaten enough, your body feels full. That is so you will quit eating and not get fat or sick. These are signs to help you. Likewise the feeling of conviction is your conscience trained by God's Holy Spirit through the Word of God to learn good from bad—righteous living from sin. It's an inward alarm for us to pay attention to and realize something is wrong—something that will get you into trouble and hinder your transformation of becoming Christlike. It can hinder blessing—not that God is holding it back, but that sinful behavior interrupts it and hinders God's blessing. 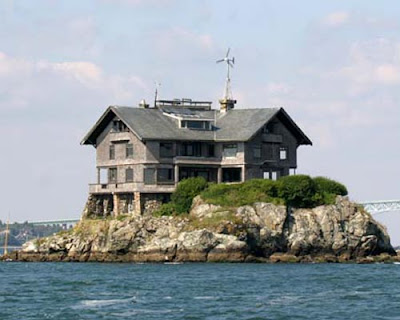 A gentleman who owns his own company was talking with me one day about a great employee of his. He said, I love this guy and I would promote him to a manager if he'd just quit smoking. He works hard and would make a great manager—if he didn't have to go out and take cigarette breaks so often. God was not holding this man's promotion back. His own behavior was! God wants to help us transform those behaviors that are contrary to His Word and hurt us or others. His Holy Spirit within us provides the grace which is the power of God to strengthen us to make those changes. That power is within you if you'll put faith in it!

When we change, we are building our house on the rock of His word. As we do, it produces the favor of God that brings blessing!

Psalm 5:12 (NKJV)  "For You, O LORD, will bless the righteous; With favor You will surround him as with a shield."

Email ThisBlogThis!Share to TwitterShare to FacebookShare to Pinterest
Labels: Clearing Out the Obstacles to God's Blessing, divine favor, God loves you, Spiritual Transformation. The Holy Spirit in you. Walking in God's blessing and ways, What God hates, What God loves
Newer Posts Older Posts Home
Subscribe to: Posts (Atom)