For many people, life can be like a daily battlefield of relational conflict. That's sad but true. We can't always control the situations that come at us but we can learn to control how we respond to them. When a person doesn't learn how to manage the conflicts that come at them, the warfare often increases and intensifies beyond what is reality. What do I mean by this? I mean that not only are they experiencing the real problems within their daily relational encounters, but they usually magnify those conflicts in their mind. 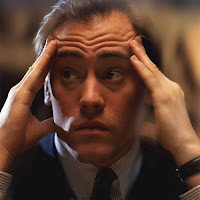 They may begin to imagine and play out problems that might happen before they ever really do. Their mind becomes this continuous battlefield of events that have never really happened. This actually causes some people to lose their mind!

I've known many men and women who, because of continuous problems within their marriage, have fallen into the habit of forming negative expectations about how their spouse is going to respond to a situation. For example; a husband has been guilty of coming home late from work without giving his wife warning. He has done it over and over again. She's hungry but is hesitant to come up with a meal plan or eat because she hasn't heard from him, doesn't know where he is, when he is coming home, or what he's thinking. She rightly discerns this as a lack of love, respect, and common courtesy. It’s bad enough that he’s late, but on top of that he never calls to let her know he'll be late. It’s led to multiple fights between them. Instead of correcting this inconsiderate habit, on his way home, he begins to imagine and expect the fight he is going to have as he walks through the door. He begins to play out an entire imaginary battle that prepares him to be even more reactionary and defensive than rational and apologetic. He is now fighting two battles instead of one: the pre-battle in his mind and the real one with his wife which is heightened by the imaginary one.

Repeated relational schism puts one in the mode where they begin to have imaginary mind battles. They are unhealthy. Not only does one deal with the relational situation, but they've now added a layer of imaginary mind battles. You can feel all the same negatives through an imaginary fight that never really happened, as you can a real one. Now you have doubled the amount of warfare you are having. Both need to be stopped.

ASK YOUR SELF THIS: Have others ever accused you of being defensive? If so, then there is a good chance that you have negative expectations, are doubling the warfare through imaginary mind-battles, and are probably offended fairly easy. How can you slow them down and eventually eliminate them?

Don't consider what I am about to tell you being over-simplistic. The Bible tells men to love their wife as Jesus loved the church. We all know the extent to which Jesus proved His love for us. The Bible says He loved us while we were yet sinners. He loved us when we didn't give Him the time of day. That means that His giving love is not conditional. That truth applies to every relationship. No matter what anyone else does, you do what is right! Is someone is being a jerk to you? You don't get to be a jerk back. You pray for God's grace to help you. Through that grace, aggressively show love. Fix your part in the relational schism. Only God can help them fix theirs! You be willing to sacrifice changing some bad habits. You offer the forgiveness, mercy, and grace that Jesus extended and continues to extend to you. Be more considerate and eliminate excuses that create these unnecessary battles. But then from there, learn to take control of your thought life. Purpose to quit being offended and imagining that everyone is out to get you. It's not true. Sometimes paranoia is a mental health issue but most often it’s self-inflicted. You’ve learned to yield to your own pity parties and jealousies that create torturous mental warfare.

Here is a new mind-set to have. As a child of God you have the promise from God of supernatural favor. God promises you favor—people liking you, helping you, and showing you grace—and you don't even know why. They do because it's a benefit and covenant promise from God for you to put faith in! Expecting favor is the opposite of a negative expectation. You have to put your faith in this promise for it to become real in your life. 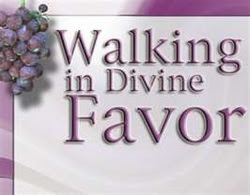 Psalms 5:12 NIV says, "For surely, O LORD, you bless the righteous; you surround them with your favor as with a shield." You look in the mirror and say, Thank you Lord that people like and love me today. I expect it because it is your promise to me. I have favor as though it were a shield.

Combine the expectation of favor with a directive from the Lord concerning love. 1 Corinthians 13:7 NIV says, “Love always protects, always trusts, always believes the best in others, always perseveres.” Begin to combine your expectation of having favor with you treating others in love—you believing the best in them and their motives, not the worst. Purpose to believe they are for you, not against you. That is a mental and spiritual exercise that will help you develop a healthy and godly mind-set and thought-life. Over time, and as this takes root and becomes how you truly think, it will change how people respond to you. It will help unwind your defensive nature. Just like a dog gets nervous around a person that is afraid of it, so do people who think you are angry or defensive with them. They will avoid you. Instead think and act like people love you. Smile and shake their hand or give them a hug when you meet them. Let them see love in you! And make sure you do love and believe the best about them! As you carry this out, you'll find that people respond differently to you and in a good way! This takes work and prayer but will begin reducing daily schisms in your life. And once learned, will continue to bless you the rest of your life! That makes it worth the effort! 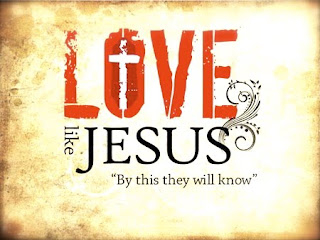 Knowing I would post this, I did a fun experiment this week. It’s normal for me to put my arm around someone’s shoulder or give a hug and smile to people I know well. This week I decided to do it with anyone. I treated everyone like they were my best friend. The reaction was fabulous and fun. Even those who were really more of an acquaintance responded positively and like we were great friends. People just lit up and treated me back even kinder than they already do. We all need to purposely ramp our revelation of favor and love to others. It is so much more fun than expecting something negative!

Psalms 5:12 says, "For surely, O LORD, you bless the righteous; you surround them with your favor as with a shield."


If Fresh Manna is a blessing to you, let me know how. I’d love to hear from you!  Write me at FreshMannaFeedback@comcast.net