What Makes You A Distinguishable Christian?

I'm only 63 years old but there are a few signs of age creeping into my life. One of them, I face a couple of days of the week. I go into my sock drawer and try to distinguish the navy blue socks from the black socks. Unless I can get them in good light, it's hard for me to tell. At least of course until I'm at work and someone points out that I have one of each on! (Embarrassing!)

It's one thing to not be able to distinguish between the colors of dark socks. It's another thing to not be able to spot a Christian from a non-Christian. God implies in Malachi 3:17-18 NIV that as His children, we should be distinguishable. He says, "They will be mine, says the LORD Almighty, in the day when I make up my treasured possession... And you will again see the distinction between the righteous and the wicked, between those who serve God and those who do not.”

As children of God through Jesus Christ, we are His treasured possession. We should be distinguishable. Do you know why God makes statements like that? He tells us so we will know that He responds differently to those that do believe from those that don't. It isn't that we are better than anyone else. It's that we are favored as His children. He wants all to be saved. But for those that have been saved, He wants the revelation that we are His treasured possession to promote trust and faith in Him. He wants those that receive Jesus as their personal Savior to trust that Jesus' sacrifice for our sins will give us eternal life. He also wants us to have faith that it is His desire to bless us. Galatians 3:28-29 (NIV) says, "There is neither Jew nor Greek, slave nor free, male nor female, for you are all one in Christ Jesus.  If you belong to Christ, then you are Abraham's seed, and heirs according to the promise." These are covenant promises for your faith to take hold of! Jesus didn't just die for our sins. He established a covenant with us that it is impossible for God not to uphold!

Have you ever heard the half-hearted words kind of? Listen to me when I say this. Most people kind of hope God loves them and wants to bless them and kind of believe it. They want to believe it. But they don't believe it so deeply that it fuels their faith. When you believe it like the Lord wants you to, then you will begin to understand the true nature of God. That He is good and wants good for you.

Malachi the prophet was speaking to two groups of people. The first group accused God saying He didn't care about them and that He didn't care about the evil that evil people do. In Malachi 3:14-15 TLB, we listen to them saying, "It is foolish to worship God and obey him. What good does it do to obey his laws, and to sorrow and mourn for our sins?  From now on, as far as we’re concerned, "Blessed are the arrogant." For those who do evil shall prosper, and those who dare God to punish them shall get off scot-free."

Then there were those that knew God's heart and trusted in His promises. They were distinguishable! We read in Malachi 3:16-18 NIV "Then those who feared the LORD talked with each other, and the LORD listened and heard. A scroll of remembrance was written in his presence concerning those who feared the LORD and honored His name. "They will be mine," says the LORD Almighty, "they are my treasured possession. I will spare them, just as in compassion a man spares his son who serves him. And you will again see the distinction between the righteous and the wicked, between those who serve God and those who do not." 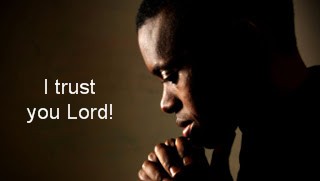 What I would like you to see today is that when you believe God and take Him at His Word, it affects everything about you. It makes you distinguishable from those that don't have faith. It transforms your thinking according to what God wants for you. It affects how you speak, and how you pray. He is their father! He is your Heavenly Father!

They are praying because they see that God promises something to them in His Word and that their faith in His promise can take hold of it. This kind of faith affects your emotions and how you react and respond to circumstances—good or bad. Faith and trust keeps you anchored knowing God if for you! When they pray, they are praying with expectation.

So, there is a distinction between the righteous and wicked. He called His people who did not have faith in what He said, wicked. Faith and trust is what makes the distinction. It makes us excited about God. It causes us to spill over in conversation to others with His precious promises. It's what pleases Him and facilitates the moving of His Spirit in our lives today. So, learn God's promises and let your heart be anchored in them. Be distinguishable in your faith!

Zephaniah 2:7 (NLT) "...For the Lord their God will visit his people in kindness and restore their prosperity again"