People often ask, Pastor Burt, you often talk about God directing your path in life. How does He that for you?

People often let their life be led by their feelings. Living like that will be disastrous, confusing, and lead you in circles. You can't trust your feelings. You can trust God's word and God's promises—despite your feelings. God primarily directs us through His Word and He gives us Core Values—verses that are like superhighways to keep centered in the core of all we do. 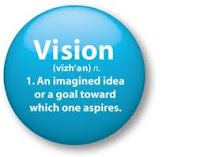 There have been five verses I can quickly think of that have been core values and have directed or paved these superhighways in my life. The first is about having vision! God's Word encourages us to get a vision for your life so you can plan and work toward the goals God gives you. We see that in Habakkuk 2:2-3 NLT. It says "Then the Lord said to me, “Write my answer plainly on tablets, so that a runner can carry the correct message to others. This vision is for a future time. It describes the end, and it will be fulfilled. If it seems slow in coming, wait patiently, for it will surely take place. It will not be delayed."

As a young man, before learning God’s Word, the vision for my life was a total mystery. I never knew nor heard such a thing. I understand vision and planning now. I try to live by it.

The second verse that gripped my heart as a young man Christian man who'd just given his life to Jesus. Genesis 18:19. "For I have chosen him, so that he will direct his children and his household after him to keep the way of the LORD by doing what is right and just, so that the LORD will bring about for Abraham what he has promised him."

That was powerful to me. God chose Abraham because he'd train his household and loved ones in the Lord! That would result in great blessing for Abraham and his descendants. What a compliment and credit to Abraham from Almighty God Himself. That helped me know what direction I wanted to go in life. As my desires evolved through the Word of God, I knew I wanted to be married. I knew that I wanted to be a great husband and father. I knew that I wanted to work hard and provide well for my family. And I had a deep and special desire to be a father that would help my children come to know Jesus and God’s Word from a young age—learning to live their life with Biblical life application. I lived this out wholeheartedly as I had four children. The third set of verses that became a core value to me was Paul's comments about his friend Timothy in Philippians 2:20-21, "I have no one else like Timothy, who takes a genuine interest in your welfare. For everyone looks out for his own interests, not those of Jesus Christ." I sincerely cared for people and wanted to help them with no strings attached, with no motivations for get-backs, but just because God loved them! It’s like I craved to be this person Paul described. (And not just because my name was Timothy!)

The fourth verse was Proverbs 10:4 "Lazy hands make a man poor, but diligent hands bring wealth." My father instilled a strong work ethic in me that took. This promise only reinforced the need for its development. I now believe it’s one of my greatest strengths.


The fifth verse was Proverbs 18:16 NKJV, "A man's gift makes room for him, and brings him before great men." God shaped my heart to despise self-promotion and instead taught me to believe my character and the fruit of my efforts and His grace helping me in every step along the way, would speak for themselves and bring promotion—if I was deserving of it! Because of this, over the years, if I wasn't promoted, I only pointed the finger at myself and blamed no one else. I'd only work harder and more diligently. I tried to never blame anyone else because these were more than just words to me. They were a covenant promise from God. If I worked the gifts and abilities God gave me, they would bring promotion. No man could hold back what God promised would be mine. It was my responsibility to work hard and receive His help and grace in every step. God would take care of the promotion! 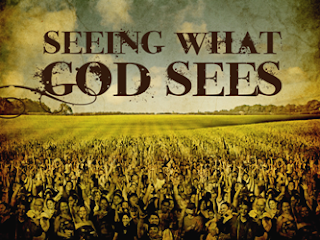 I didn't know what my career was to be. But I did know who I wanted to be. I had a vision for and wanted to be a great husband, the best father, a person God and others could count on, the person who took a genuine interest in the welfare of others, and a faithful and diligent worker. Those things were etched in my heart. They were clear so that I could run with them. They created the superhighway to run on. In the pursuit of my different endeavors through life, these core values were instrumental in shaping me and what helped lead me through life. The created boundaries and rooting for whatever I would be led to do. They and brought me to where I presently am.

Vision is critical to the success of what we pursue, but without being rooted in biblical core values, it’s too easy to chase the wrong things and be led astray. I may not have initially known what the vision for my life was, or what path I wanted to walk out, but my core values and godly desires helped me develop the character that would promote me again and again. That was powerful and made it simpler to find what God would have me do!

1 Thessalonians 1:4 (MSG) "It is clear to us, friends, that God not only loves you very much but also has put his hand on you for something special."