Judging Others Can Hurt You the Most

If you have been reading Fresh Manna for any length of time, you know I try to be transparent with my heart and faults. At the same time I hope in being transparent, I can keep your respect despite my faults, so that you'll be able to receive what God wants you to receive from Fresh Manna.

Today I was thinking about one of those stupid things I have done too many times over many years, and realized that I still accidentally sometimes do this. It intensely bothers me when I do! What is it that I did? I drew an inaccurate preconceived picture of someone in my heart before really knowing him. 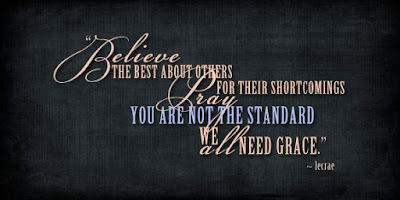 Some years back, I introduced myself to a gentleman who was serving at church who I hadn't formally met before. We talked for a while and he seemed like a sincerely nice man. As we talked, I learned that he'd been faithfully serving in church for some time. I wasn't sure why I hadn't met him before.  As we continued to talk, I learned that he was the owner of a very large business that had made him very wealthy. I was impressed! Not because he was wealthy or successful, but because of his commitment to serve just like anyone else. Successful people may be great financial givers and that is hugely appreciated, but finding a place in the church to give their supply of time is foundational to a person's spiritual development. As a Pastor, that is what I care about most! People that attain status and wealth as he had, often make excuses why they can't be involved serving at church. Their excuses truly do seem legitimate, as they are extremely busy. Yet, God says that we all have a supply to give to the body of Christ, and so He desires us all to figure it out, no matter how important and busy we are.  This man was one of those exceptions that didn't classify himself as someone special. He humbly served in his church where needed. That really did form a great impression of him in my heart.

A month later, while out to dinner with an acquaintance, his name came up. I started to share how I impressed I had been in getting to know him and why.  The guy I was having dinner with quickly shared how this guy had a many problems in his life and marriage. The things said, were said quickly and I didn't cut them off because they hit my compassion button. I didn't think of them as gossip. I was feeling impressed to pray over him and his family. I was told that his wealth was the root of their problems. I didn't realize a negative impression was creeping in and tainting the original impression I had of him, but it was. Because I didn't know him very well and because of what I heard, I wrongly believed what I was told, that he wasn't a very good husband or family man. Shame on me!

A few months later, through circumstances I won't go into, I got to know him much better and over time, developed a friendship with him. As I got to know this man, it made me mad that for the time I carried a wrong impression of him within me. He was who I thought he was! This man came to know the Lord as a young child and had served Jesus every day of his life since. Despite his success, he's a very humble and fine Christian man and a role model for other men. He has a loving wife who loves him very much and beautiful children that love God. He also has a passion to serve God. His fruit was always before me. All this didn't match the gossip and wrong picture that someone painted that temporarily led me to view him differently.

As it turns out, the person that put these thoughts in my heart is the one that has his own dysfunctional issues to deal with. I came to understand it is he that frequently puts other down and has a messed up life. 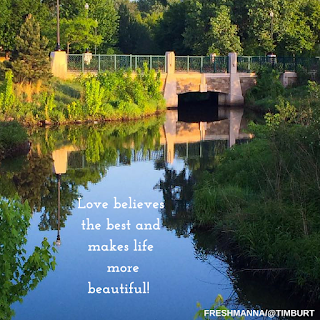 I thought I knew how to guard my heart from allowing someone to paint preconceived ideas about others within me. I have found out that I am still occasionally a victim of it. It grieves me when I fall in this trap. It’s never on purpose. I find myself feeling cheated from knowing good people when this happens.

Romans 14:10 says, "You, then, why do you judge your brother? Or why do you look down on your brother?" These are good questions. The answer is simple. We shouldn't. 1 Corinthians 13:7 (RSV) says, "Love bears all things, believes all things, hopes all things, endures all things." "...believes all things" means to have respect for and look for the best in people. This is why gossip is so ugly. It looks for the worst in people! And this is why I don't like people to paint negative pictures of others to me. Their perspective may be off or tainted by some misunderstanding or offense they are carrying or their own dysfunctional view.

Listening to gossip and judging others can hurt you the most. It can rob you of great friendships that you wrongly and mistakenly cast away. I thank God that He helped me become better acquainted with this man. I am thankful that God's Word is alive and working in me so that instead of judging or forming wrong impressions of others, I can instead judge myself and hold onto my God-instructed habit of believing the best in others!

Email ThisBlogThis!Share to TwitterShare to FacebookShare to Pinterest
Labels: gossip, Jesus, judging people, looking for the good in others. examining yourself - not others!, love, love believes the best, respecting others
Newer Posts Older Posts Home
Subscribe to: Posts (Atom)