The Transformation Leading to a Successful Godly Marriage

Most everyone comes to an age and time in their life when they think about falling in love and getting married. All kinds of romantic imaginations precede this event. Then finally, for most, that big day arrives! A man and woman stand before each other in love and declare their vows of devotion and faithfulness before God ending with until death do us part. 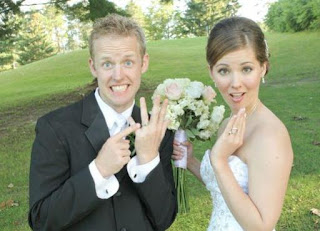 And then the process of two people becoming “one flesh” begins. That is what Adam, by the inspiration of God, called the process of adapting in the Garden of Eden. Genesis 2:24 “For this reason a man will leave his father and mother and be united to his wife, and they will become one flesh.”

The process of adapting to each other begins the very first night of marriage. Two individuals that each had their own separate life and their own way of thinking, lovingly collide. Each brings with them their own way of doing things accompanied by their personal habits, their organizational styles (or lack of them,) their ways of unwinding, recreating and relaxing, and their idiosyncrasies. And from there, romantic imaginations collide with the very real and forced process of having to blend and adapt to each other to become "one flesh." That is seldom easy and it is where romance collides with reality. 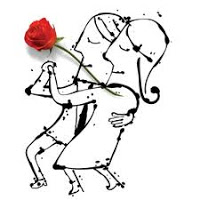 A husband and wife are instructed by God to become two people joined together by Him as covenant partners working together for His purposes as well as their personal joy and happiness. They are to work toward a life that reflects God’s love, His will, and His purposes in the earth. This new life together calls for each of them to adapt and learn to work together as a team. And they are to seek God for a blending of all that they are so that they can become this new thing called “one flesh.”

This is their goal. If they pursue this goal putting God in the middle of all they do, then the Holy Spirit speaks to each of them individually and continuously, teaching and instructing them along the way. The Holy Spirit will at times, bring correction and reproof (showing them when their attitude is selfish and wrong,) so as to help them adapt and transform this new life together into the romantic dream they dreamed of for so long. When people dream about things that they one day hope to live out, they seldom dream about the negatives that might come up. That would squelch their dream. But the actuality of any dream is the collision of romantic ideas and the reality of the struggles it takes to accomplish them. Until two people realize their inability to make things work in their own strength, and instead yield themselves to God, collision will happen! Only the Lord can help them deal with their selfish nature so that they can adapt and change out of love for Him and each other. Then and only then can “one flesh” be formed and unity between a husband and wife become a reality instead of a shattered dream. Then and only then can they experience the kind of blessing that God intended for marriage. Only then will they realize that marriage isn't the romantic dream that is most often fueled by the screens of Hollywood. It is something much more meaningful, more purposeful, and rich in life and love.

In this place, a husband and wife learn to become lovers and partners in the Lord. They learn to honor and respect each other. They learn to move from selfishness to preferring each other. Over time they learn to appreciate each others strengths and draw upon them. They learn each others weaknesses and become helpful, merciful, and give grace as they try to help each other improve in them. Without God in the middle of their life; without God’s Word instructing them and without them yielding to the Holy Spirit of God, they’ll work things out in the flesh and fail. The romantic imaginations of a glorious life of passionate love will become nothing more than the wreck that happens from a collision. This has been the story of Renee and my marriage. From day one, we were right for each other but not ready for each other. I don't mean we should have delayed our marriage. I mean that no newly married couple is ready for each other. Adapting is work. Love for God and each other is the driving force. And He has to be reverenced and given the place of mediator between two people in the very long season of adapting. When a couple becomes accountable to Him at every bump in the road, they will get the instruction from God they need. They will need to be soft and yield to it, but as they do, the result over time will be a marriage that is truly rich in purpose and blessing. It will be a marriage that far exceeds the shallow romantic dreams it all began with. When romance collides with reality, and God is in the middle, transformation, unity, and the blessing of “one flesh” happen.