Your Choices are: Bondage, Deception, or Freedom, You Choose!

This past weekend, we had our monthly Manhood Breakfast. I spoke to 250 men about sanctification. 1 Thessalonians 4:4 (NKJV) says, "...each of you should know how to possess his own vessel in sanctification and honor." I teach on and instruct men on the subject of leadership and living as godly man on a regular basis. I have for 36 years. 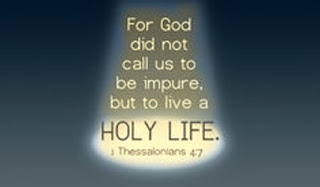 He said it wasn’t his marriage. His wife was good to him and he loved her. He said they had a good sex life and that it didn’t have anything to do with her. He felt that this was left over from his old life before Jesus. He had done these things daily before giving his life to the Lord and becoming a Christian. He said he had stopped and for the most part, wouldn’t participate in either of these sinful behaviors. Then one day during a time of discouragement, he caved and clicked on a site that was inappropriate. After looking for a while, he was regretful and told the Lord he was sorry and wouldn't do it again. But, he did. And then again and again. Now he felt like he couldn't stop. These behaviors made him feel like a disappointment to the Lord.

Can you practice sexual sin sweeping it under the grace of God and be happy in your relationship with God and yourself? The answer is no! When you have an ongoing areas of sin, sexual or other, the only happiness you can draw from it is the fleshly pleasure it gives you. Until your heart becomes hardened to it, you also feel a great displeasure. You know it isn’t pleasing to God and you know its sin. So when you see yourself making the decision to sin, you begin to loath that sin in you, ultimately leading you to dislike yourself.

At that point you are heading toward a decision regarding two roads to choose from. One road is making room for that sin and becoming callous to it. Many Christians do this and once they become callous, they feel better in their relationship with God. They do because they have learned to harden their heart in this one area while trying to stir up a relationship with Him in other ways. If this sounds confusing, it is! They don’t realize that there is a level of intimacy with God they won’t experience until they deal with their sin (which they are no longer sensitive to.) They also begin to become confused in their faith because they don’t hate sin—something God wants you to do, and something that contributes to greater spiritual health, more clear direction from God, and greater intimacy in a relationship with God. 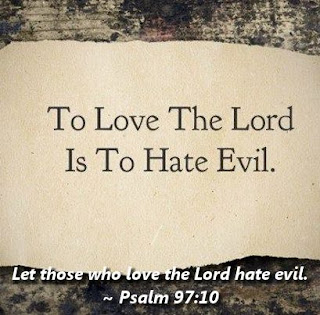 The good new is, this can all go away. I asked this man to ask God to forgive him and put it under the blood of Jesus trusting in the promise of 1 John 1:9 (RSV) "If we confess our sins, he is faithful and just, and will forgive our sins and cleanse us from all unrighteousness."

Psalms 97:10 NKJV “You who love the LORD, hate evil: He preserves the souls of his saints; He delivers them out of the hand of the wicked.” And...

Romans 6:17-18 (NLT) “Thank God! Once you were slaves of sin, but now you have obeyed with all your heart the new teaching God has given you. Now you are free from sin, your old master, and you have become slaves to your new master, righteousness.”

We talked about a lie he had allowed himself to believe—that he was a slave to sin! That wasn't the truth and he acknowledged it and began to speak it out. I am not a slave to sin. I am a slave to righteousness. I hate sin and do not like this behavior, nor will I continue in it! He did what I asked faithfully and repeatedly for a month. When we talked again, he excitedly told me the behavior stopped. Freedom, joy, and a refreshed intimacy with God and his wife were restored. He felt so much better about his walk with the Lord! 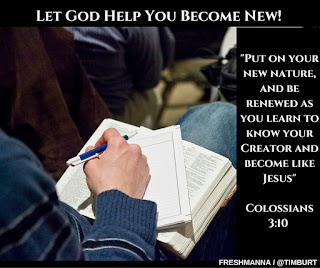 We all make mistakes and blow it. But, patterns of sin set us up to be accused by Satan and bring confusion to our walk with the Lord. A man isn’t going to be happy in his marriage while cheating on his wife—even if it is only through pornography and masturbation! He will either become twisted in his mind, hard-hearted, and eventually blow up his marriage, or he will repent and love God and his wife. When we do what's right before God and let sanctification—responding to God's voice that helps us purify our heart, mind, and body over time, only then will we experience a pure happiness that comes from knowing we are obedient and faithful to Him!

Colossians 3:5 & 10 “Put to death, therefore, whatever belongs to your earthly nature: sexual immorality, impurity, lust, evil desires and greed, which is idolatry… since you have taken off your old self with its practices and have put on the new self, which is being renewed in knowledge in the image of its Creator.”