Is Your Life Random or Has God Got a Plan? 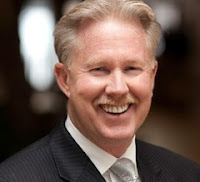 Can I ask you a question? Be slow to answer. What are you hiding? What don’t you want others to know about you? 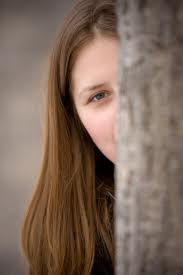 What do you feel like you secretly failing in and would be ashamed or embarrassed if others knew?

You are not unique you know. We all have things we hide. It started with Adam. When Adam and Eve sinned against God, they hid. Genesis 3:7-8 says, “At that moment, their eyes were opened, and they suddenly felt shame at their nakedness. So they strung fig leaves together around their hips to cover themselves. Toward evening they heard the Lord God walking about in the garden, so they HID themselves among the trees.”
Whether it’s right or wrong, people do hide things they aren’t proud of. But I hope we all know that we can’t hide from God. We shouldn’t. We should run to Him. We should spill our guts and tell Him everything. He is the only one perfectly trustworthy to do so. We should seek Him for help and for His grace. And don’t ever forget this: He is not like an earthly parent that runs out of compassion and grace. God is gracious. He is compassionate. He is full of mercy. And He can help and wants to help. So, forget hiding and don’t cover up one speck of what you are doing wrong. Just lay it out. God can handle it. But be reverential toward Him and sincere in seeking His help.

Then know that God is not random. People are way too random. They just let life happen to them while hoping that something is going to magically change. And then they are disappointed when it doesn’t and things don’t get better. God is a planner. Everything in life is a plan. He knew every human being’s choices (without violating their will or free choice) before the foundation of this world. Read it in Ephesians chapter one. He took all the choices mankind would ever make to craft His master plan. He plans. And He has a plan for you—a good one. Jeremiah 29:11 says, “For I know the plans I have for you," declares the Lord, "plans to prosper you and not to harm you, plans to give you hope and a future.“

As you read your Bible, you see that God created the earth from a plan and has laid plans from the beginning. I tell you that because you were created in His image and He has created you to have more than a random life that embarrasses you and that you have to hide behind. You want to cooperate with God because to do so is to be led by His Spirit into the plan that will unfold over time before your very eyes. For good change to happen in your life, He wants you to get a plan! He wants to lead you in that plan. And you should know this; your plan will not go according to plan. What I mean is, a plan is a framework to get you moving in a direction, but it will be adjusted many times along the way. Just keep following the Lord in it and be flexible, and you’ll see that God will lead you beyond your expectations.

Will God really help you build a plan? Absolutely! Psalm 37:23 says, “The steps of the godly are directed by the Lord. He DELIGHTS in every detail of their lives.” And Proverbs 16:9 “In his heart a man plans his course, but the Lord determines his steps.” 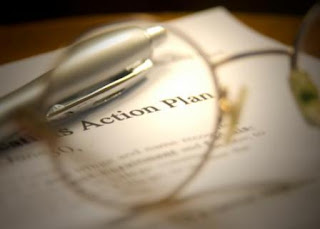 So, there are things you need to stop doing—those things you are hiding. You never will until you get a plan to replace them first with good things that squeeze them out and take their place—like some yogurt instead of a cookie or donut. That will also be a part of your plan. Build that plan and ask God for His wisdom in building it and for His grace—His supernatural help, in executing it. Let God help you establish your plans. Amazing things happen when you do and you’ll eventually have little to nothing to hide and much more to Praise Him for!

Psa 65:11 "You crown the year with Your goodness & Your paths drip with abundance"

Email ThisBlogThis!Share to TwitterShare to FacebookShare to Pinterest
Labels: change, dealing with sin, getting a plan for your life, getting direction from God, God's supernatural help, Grace, hiding because of shame
Newer Posts Older Posts Home
Subscribe to: Posts (Atom)