Do This First When Seeking Advice!

Have you ever had someone seek your advice only to blow it off? You think, "Why did they even ask if they weren't going to listen?" 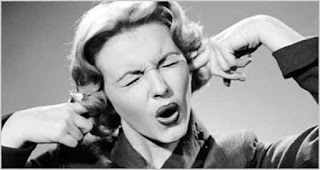 One time this couple came into church during a difficult life-situation looking for counsel. They didn’t make an appointment but just stopped in out of desperation for advice. I happened to be in our lobby talking with another one of our Pastors when they walked up. They started talking to him so I stood there to be a support and pray quietly for him for the wisdom they needed.

He listened patiently to their story. Past choices they had made led them to difficult and hurtful circumstances. They shared a long and seemingly never-ending story. He listened for a very long time, very patiently. Then when it was time, he began to share with them what they needed to hear. In my opinion he was extremely qualified to help them. He spoke with great wisdom, compassion and gentleness. His insight and instruction seemed perfect for the situation they were in. I wouldn’t have changed a thing! 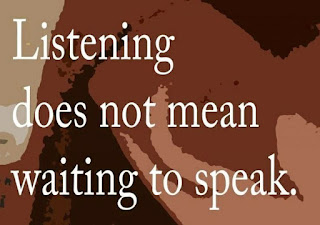 As he continued to minister to them, it became quickly apparent that were not listening to the wisdom of his consul. They'd interrupted him again and again bringing up what they viewed as exception after exception to their situation. They declared why his advice would not work. They then began to retell their story all over again. It became apparent to this Pastor and myself, that they didn't really want advice. They just wanted someone to listen to them and to agree with them and their position so they could justify continuing down the destructive path they were on.

Throughout the Old Testament we see that God had to continually deal with people like this—people who were considered His people! In Jeremiah 7:25-27 we read, "From the time your forefathers left Egypt until now, day after day, again and again I sent you my servants the prophets. But they did not listen to me or pay attention. They were stiff-necked... When you tell them all this, they will not listen to you; when you call to them, they will not answer…”

As an observer, I began to ask myself, “Why have these people even sought counsel?” It’s clear they had no intention of listening to anyone. It would have been wonderful if they had been willing to listen and take counsel. The counsel was excellent. It was obvious they would keep battering their point until he saw things their way. It made this long and ongoing impromptu counseling session very painful and difficult.

They closed it by saying; "Well if it's okay with you, we'll just pray and keep doing what we've been doing." All he could do to bring some kind of closure was to gather them to pray. Then this Pastor left. When he left, they started in on me. The Lord had spoken to me a long time ago in a similar situation. He reminded me of it at that moment. He said, "If they won't listen to me as God, they are not going to listen to you." I knew He was right.

I told them one story that I thought might help them see that the other Pastor’s counsel was right. Forget it! They blew right past it and wanted to debate. I silently prayed for grace, held my tongue, and excused myself and left. 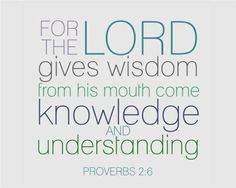 Why ask advice from God or anyone else if you really won't listen, take it, and make changes so that it can help you?  When you know you need advise first do this. Pray and seek it from God. Then thank Him for finding a way to get it to you. Then have faith that God will bring that wisdom through the Word or through the godly counsel of someone! He is faithful to help get the answers we need, to us. It may be through the preached word. It may directly through His Word, through devotions, or through someone God puts in your path. He’ll find a way as you keep it before Him in prayer. But then listen so that you will be like Moses and benefit from it!

Proverbs 12:15 “The course of action of a foolish man is right in his own eyes, but he who listens intelligently and attentively to counsel is wise.”