Making a Difference in the Lives of Others

Ezekiel 22:30 “And I sought for a man among them, that should make up the hedge, and stand in the gap for me… but I found none.”

One morning Renee and I went out for a nice breakfast. As we were talking, we began to reflect on how good the Lord had been to us over all our years. As we were reminiscing, I remembered a special moment I had with my son Peter—the kind of moment that makes you proud and extremely thankful to God..

One Saturday morning we had gone out for breakfast at a local restaurant. There was a waitress there that we had become acquainted with from her serving us on a few occasions. As our acquaintance and communication level grew, we had the opportunity to share the Lord with her. Because we had taken the time to befriend her, she had opened up to us sharing personal things close to her heart of concern about her young son. She had shared that she was bringing him in for a medical exam because the doctors suspected there was a serious problem with his health and that he had an unusual disease. We asked her if we could pray for her son and she lit up like a Christmas tree. She was ecstatic that we would want to pray for her son. People are always a little shocked when you start praying for them right then and there, but they are also blessed at the same time. 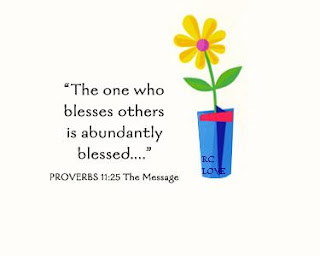 A few weeks later, we came in to have breakfast. She lit up when she saw us. "I've been waiting and hoping you'd come in! I've wanted to thank you for your prayers and tell you the good news. My son does not have the disease they thought he did. He is going to be fine! I wanted so bad to tell you because you are one of the few people that has ever offered to pray!" We were excited for her and it continued to help us stay focused to pray for her.

While we were having breakfast, my son Peter was catching me up on the job he held at that time. "Dad, I work with this one guy. He isn't the most intelligent person and that seems to have hindered his getting promoted— but dad, he is the nicest guy I've ever worked with! He has two kids and doesn't make that much money. He has a pair of shoes that have got to be ancient. They are old and absolutely worn out. I am going to buy him a new pair of shoes!" At that moment, I was so proud of my son. He was a college student at that time and money was extremely tight for him. Even so, he saw someone else’s need and decided to do something out it. It seemed as though, everything I had ever tried to impart to his heart was manifesting at this breakfast. He had taken hold of a simple truth. One person can make a difference in life even if it's just one person at a time that you touch. 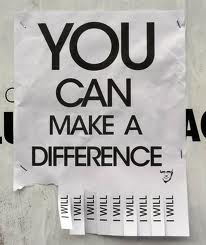 If Jesus ever taught us anything—and the truth is He taught us countless things—He taught us that one person can make all the difference. His life on earth is the greatest example of that truth we will ever know. So many people want to do great things! Too often, people have good intentions and want to do good things for others, but they imagine doing such grandiose things in magnitude that they in all likelihood won’t do, that they let the little opportunities that they could do, pass by. The result being good intentions but little to nothing being done. What a shame because people can make a difference in the small things in someone’s life every day!

James 1:17 says that "everything good comes down from the Father..." Everything good does! That means when you feel your heart being promoted to do something good for someone—it’s most likely being steered by God. In 1 Corinthians 4:7 the Apostle Paul put it like this: "... what have you that you did not receive from God? Now if you did receive it from God, why do you want the glory for it as if you had not received it from Him?" The point here is this: if the good we receive or do is from and with the help of God, then why do we want the credit? Why don’t we forget about whether anyone ever knows the good we do and just do it unto the Lord giving Him thanks for helping us to be this way?

Jesus teaches us that there is great blessing in making a difference but not looking for public credit or glory. We read it in Mat 6:3-4 "But when you give to the needy, do not let your left hand know what your right hand is doing, so that your giving may be in secret. Then your Father, who sees what is done in secret, will reward you."

Making a difference in the lives of others can be a daily thing. It's sacrificially touching one person's life with some random act of kindness. It may be the giving of moral support, taking time to pray for someone, the giving of resources or time, or making an even greater sacrifice you feel prompted to make.

In today's Fresh Manna verse, we see that this was a cry from God's heart to His people at a time when they had appeared to have lost their way. It says, “And I sought for a man among them, that should make up the hedge, and stand in the gap for me… but I found none.” We dream about changing the whole world. It starts by trusting that God will lead you and work through you to stand in the gap for others.

This made me so proud of my son. He’s learning this truth and is learning to walk it out! God would love for all of us to stand in the gap – even in the smallest ways!

If Fresh Manna is a blessing to you, let me know how. I’d love to hear from you!  FreshMannaFeedback@comcast.net

Email ThisBlogThis!Share to TwitterShare to FacebookShare to Pinterest
Labels: changing this world a person at a time, good works, Jesus, making a difference, Making a Difference in the Lives of Others, praying for others, special moments, standing in the gap, touching lives
Newer Posts Older Posts Home
Subscribe to: Posts (Atom)