Your Promised Blessing Comes by Faith

Have you ever hear the words Do you promise? Yes I promise. Promises are made daily and universally.  What is a promise?

One dictionary says, Promise: A declaration assuring that one will or will not do something; a vow: an assurance creating an expectation.   Of course you're familiar with this word. Do you or have you used it often? More importantly, have you kept the promises or assurances given to those you've made them to?

Husbands and wives promise to keep their love for their spouses in the seasons of good and bad. Companies promise Satisfaction guaranteed or your money back! Dads and moms promise If you behave, we’ll take you out for a special treat. Have you ever heard of a politician that hasn’t made promises? How often have you heard the question, Do you promise not to tell anyone else? Jonathan Swift is quoted as saying, Promises and pie-crusts were made to be broken. 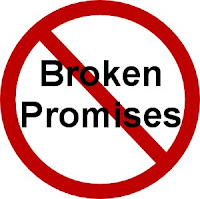 When we read in the Bible of God speaking, one Hebrew word used is dabar. It carries the meaning to speak, to declare. When the Bible says that God promised, this is often the word used. In other words, God’s Word is always a promise. He does not lie. He is incapable of lying and what He says IS what He promises and it will come to pass. Learn this and put your faith in this truth concerning His Word, and it will change your life!

Now can you imagine having a face-to-face encounter with Almighty God Himself? This did occasionally happen between God and those He was establishing a promise to. Sometimes He would appear in a dream as He did to Jacob. We read about it in Genesis 28:10-15 (NLT.)

“Meanwhile, Jacob left Beersheba and traveled toward Haran. At sundown he arrived at a good place to set up camp and stopped there for the night. Jacob found a stone for a pillow and lay down to sleep. As he slept, he dreamed of a stairway that reached from earth to heaven. And he saw the angels of God going up and down on it. At the top of the stairway stood the Lord, and he said, "I am the Lord, the God of your grandfather Abraham and the God of your father, Isaac. The ground you are lying on belongs to you. I will give it to you and your descendants. Your descendants will be as numerous as the dust of the earth! They will cover the land from east to west and from north to south. All the families of the earth will be blessed through you and your descendants. What's more, I will be with you, and I will protect you wherever you go. I will someday bring you safely back to this land. I will be with you constantly until I have finished giving you everything I have promised." 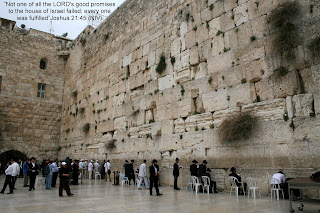 This promise to Jacob was first made to his grandfather Abraham. It was to be to Abraham and his descendants. It was carried to Abraham's son Isaac and then to Isaac’s son Jacob. God said here that it would carry on to Jacob’s descendants—in other words all the descendants of Abraham, Isaac, and Jacob. How would you feel if He called your name? How would you feel if you heard that? Would it be life changing? Would you treat it like any other promise that you’ve ever heard and take with a grain of salt, or would you esteem it and put all your faith in it? Would it change your confidence and how you approach your day-to-day experience?

The promise made to Abraham and then Jacob and then to all his future descendants was a promise to be received by faith. The promise was not just to descendants by blood lineage, but by faith—to those who would believe and take God at His Word. It’s reaching through the portals of time to you now! Galatians 3:26-29 NIV reveals this saying; “You are all sons of God through faith in Christ Jesus… There is neither Jew nor Greek, slave nor free, male nor female, for you are all one in Christ Jesus. If you belong to Christ, then you are Abraham's seed, and heirs according to the promise. "

This is saying that what God promised to Abraham, Isaac, and Jacob would be ours by faith today. And again, what was that promise? Well a part of it was this: “What's more, I will be with you, and I will protect you wherever you go….I will be with you constantly until I have finished giving you everything I have promised." (Genesis 28:15 NLT) 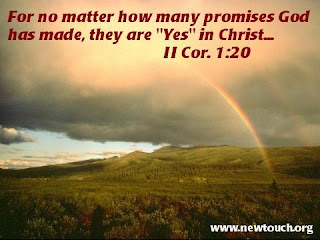 As you go about your day today, meditate on God being with you, protecting you, and working toward fulfilling all His promises made to you through His Word. Don't know what those promises are? Then it's time to dig in, read your Bible and learn, They will change your life if you will exercise your faith and actively believe them! Speak them over you! Declare them over yourself! We are exhorted to do this very thing in Hebrews 6:12 NIV, “We do not want you to become lazy, but to imitate those who through faith and patience inherit what has been promised.” Satan will always try to oppose them and talk you out of them. Don't let that happen. By engaging your faith, you will overcome any opposition if you don’t let go, and you'll experience God's fulfilled promises in your life!

2 Corinthians 1:20 (NIV) "For no matter how many promises God has made, they are "Yes" in Christ. And so through him the "Amen" is spoken by us to the glory of God."