Hebrews 10:25 “Let us not forsake the assembling of ourselves together, as the manner of some is; but exhorting one another: and so much the more, as we see the day approaching.”

A local Bible teaching church that teaches you God's word, challenges you to live an ever-increasingly Christ-like walk, and influences you to be a light and an influence for Jesus in this earth, plays a most significant part in your spiritual life and is most importantly, God's will for you.  I do understand that there are those that are disabled or shut in for reasons of age, and others that cannot make it to church for other legitimate reasons. Maybe there is no such church in your area. Maybe you don’t drive or have a way to such a church. Maybe you live in a part of the world where the only churches that exist are underground because of persecution. This teaching is not to insult or to ask you to do something that presently seems impossible. It’s not to create a frustration or tease to suggest you do something that you want to but are unable to do. It’s only to help you understand God’s will and what to pursue in prayer if you can’t participate in a local church. Just as someone might have a horrible marriage and having a good marriage might seem impossible – that doesn’t eliminate the need to teach on God’s will to have a good marriage and the benefits of one. It would still help you to know what to pray toward and believe God for. 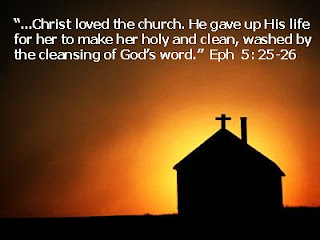 Understanding Israel's Old Testament spiritual history will help you understand that their relationship and intimacy with God was like a roller coaster. They would go through periods where as a people group and in their individual lives, they would be obedient to Him. They would worship and bring sacrifices to Him. They would desirously learn and walk in God’s laws and ways. They would honor and love the Lord as a priority in their hearts. In these times, God’s blessing and protection would cover them like a blanket. But then, over time, for various reasons such as familiarity (taking God for granted,) becoming prayerless, spiritual leaders becoming slack and involved in idolatry, and the paganism and the sinful ways of the people all contributed to their backsliding from God – individually and then later as a nation. They would drift from God until He became less and less a part of the central focus of their lives. God loved them regardless. He would send prophets and leaders to warn them of the danger of their spiritual state of being. He would wait patiently for very long periods of time for them to repent and return to Him and His righteous guidelines for living. He would remind them repeatedly of His proven love, great patience and desire to bless them. That only seemed to encourage them to test that patience. When they would not turn from their backslidden ways, judgment and His wrath would finally come. When that day came, they would eventually, in the broken and desperate state of their lives, again begin to think about and cry out to God and repent as a nation.

It was Abraham’s nephew Lot who would cry out to Him from Sodom and Gomorrah for His help and deliverance from the evils he and his family were surrounded by. The people’s hearts were too hardened by evil and they were lost beyond repenting and help so God had to remove Lot and his family from that place and then judgment came. 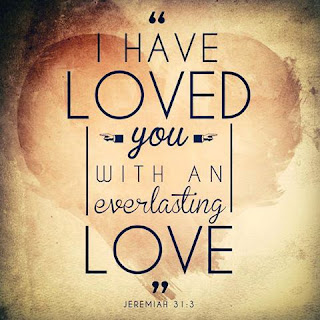 God heard the cries (prayers for help) from His people under Pharaoh’s harsh rule. He spoke to Moses concerning His plan to deliver them. Exodus 3:7-8 says, “Then the Lord told Moses, "You can be sure I have seen the misery of my people in Egypt. I have heard their cries for deliverance from their harsh slave drivers. Yes, I am aware of their suffering. So I have come to rescue them from the Egyptians and lead them out of Egypt into their own good and spacious land. It is a land flowing with milk and honey...”

When God’s people repented for their lives of sin and abandonment of Him and His ways, then God's forgiveness and restoration would come. God would begin to deliver them from the evil oppressors that were coming against them. He would again re-establish their place of worship, the temple, sacrifices, and the teaching of His laws for them. Again the people would enter into a period of intimacy with God – a place where their lives were centered around God and His ways. His blessing and protection would return them to strength and prosperity.

Unfortunately, it would only be a matter of time until the cycle to backslide began again.

The comparison today would be someone saying, "Yea, I believe in God but I don't need to go to church. I try to be a good Christian and worship Him in my own way." The truth is, the vast majority of those that say this spend little of their life establishing what God wants to establish in their lives. They don't even know it. He wants them to be in their midst of a strong vibrant local church filled with strong vibrant Christians that build and influence their community and world for God. The church is God's idea and plan and His first love! There is no deception that weakens the church and Christians more than the thought and statement, "I don't need to go to church."  It's a living lie and deception that many have fallen pray to. Thus the verse and exhortation given in Hebrews 10:25 says,  “Let us not forsake the assembling of ourselves together, as the manner of some is; but exhorting one another: and so much the more, as we see the day approaching.”

I was raised in a church that said it was a sin if I didn't go to church. That isn't the truth either. A good church should be desired and a place people want to attend. It should be perceived like a healthy home life where family members love each other and where the atmosphere produces children who mature and become productive members of society. The difference would be that in a good church, the supernatural presence of God is present in it's services and it's community. And it is where Christians learn to hear the Spirit of God and grow and mature in God's word and Christ-like life, and become an influence and touch of God's love in the earth! 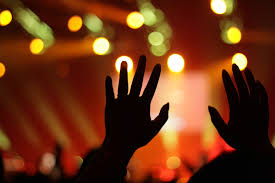 God doesn't want your spiritual life to be a roller coaster of being close to Him and then drifting away. God gave us the church so that we could assemble together, worship Him together, and exalt Him in our hearts so that we could understand the greatness of His love, His leading, and His ever-present help in our life. He wants our life in Him to be consistent. He intimately cares about every aspect of our life. When we lift Him up and lean on Him, He lifts us up. Then we rise into a greater place of purpose and blessing together and becomes God's glorious church in the earth.

If you don't have a church in your area, pray. Every great church has been prayed in by someone or persons that knew a good church was His will. If you can't attend for other reasons, cry out to God to help you in some way! Stand in faith trusting that God can do what others could never figure out!

Psalm 111:1 “Praise the Lord! I will thank the Lord with all my heart as I meet in the assembly and congregation of God’s people.”