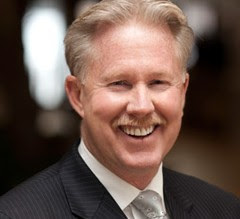 Sometimes politicians, journalists and others exclaim; "It's just a tax cut for the rich!" and it is just accepted to be fact. But what does that really mean?


Just in case you are not completely clear on this issue, I hope the following will help. Please read it carefully.

Let's put tax cuts in terms everyone can understand. Suppose that every day, ten men go out for dinner and the bill for all ten comes to $100. If they paid their bill the way we pay our taxes, it would go something like this:
The first four men (the poorest) would pay nothing.
The fifth would pay $1.
The sixth would pay $3.
The seventh would pay $7.
The eighth would pay $12.
The ninth would pay $18.
The tenth man (the richest) would pay $59.

So, that's what they decided to do.

The ten men ate dinner in the restaurant every day and seemed quite happy with the arrangement, until one day, the owner threw them a curve. "Since you are all such good customers," he said, "I'm going to reduce the cost of your daily meal by $20."

Dinner for the ten now cost just $80. The group still wanted to pay their bill the way we pay our taxes so the first four men were unaffected. They would still eat for free. But what about the other six men - the paying customers? How could they divide the $20 windfall so that everyone would get his 'fair share?' They realized that $20 divided by six is $3.33. But if they subtracted that from everybody's share, then the fifth man and the sixth man would each end up being paid to eat their meal.

So, the restaurant owner suggested that it would be fair to reduce each man's bill by roughly the same amount, and he proceeded to work out the amounts each should pay.

But once outside the restaurant, the men began to compare their savings.

"I only got a dollar out of the $20," declared the sixth man. He pointed to the tenth man," but he got $10!"
"Yeah, that's right," exclaimed the fifth man. "I only saved a dollar, too. It's unfair that he got ten times more than me!"
"That's true!!" shouted the seventh man. "Why should he get $10 back when I got only two? The wealthy get all the breaks!"
"Wait a minute," yelled the first four men in unison.
"We didn't get anything at all. The system exploits the poor!"
The nine men surrounded the tenth and beat him up.

The next night the tenth man didn't show up for dinner, so the nine sat down and ate without him. But when it came time to pay the bill, they discovered something important. They didn't have enough money between all of them for even half of the bill!

And that, boys and girls, journalists and college professors, is how our tax system works. The people who pay the highest taxes get the most benefit from a tax reduction. Tax them too much, attack them for being wealthy, and they just may not show up anymore. In fact, they might start eating overseas where the atmosphere is somewhat friendlier.

A Note From Pastor Tim: 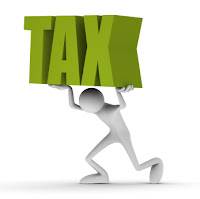 God never wanted His people to desire a king but to look to Him as their Lord instead. Regardless, they insisted that Samuel the Prophet raise them up a king. You know that old saying, "Be careful what you ask for." Well the Prophet Samuel told the people that the Lord would give them one but that this is what would come with asking for a king.

1 Samuel 8:10-18 "Samuel told all the words of the Lord to the people who were asking him for a king. 11 He said, “This is what the king who will reign over you will claim as his rights: He will take your sons and make them serve with his chariots and horses, and they will run in front of his chariots. 12 Some he will assign to be commanders of thousands and commanders of fifties, and others to plow his ground and reap his harvest, and still others to make weapons of war and equipment for his chariots. 13 He will take your daughters to be perfumers and cooks and bakers. 14 He will take the best of your fields and vineyards and olive groves and give them to his attendants. 15 He will take a tenth of your grain and of your vintage and give it to his officials and attendants. 16 Your male and female servants and the best of your cattle[c] and donkeys he will take for his own use. 17 He will take a tenth of your flocks, and you yourselves will become his slaves. 18 When that day comes, you will cry out for relief from the king you have chosen, but the Lord will not answer you in that day.”

Those in authority today take much more than ten percent of our livelihood. And that number has now grown out of control. Let us return to looking to the Lord and repenting of this sin of our forefathers!