Have You Asked God For What You Need?

James 4:2-3 "You lust and do not have. You murder and covet and cannot obtain. You fight and war. Yet you have not have because you ask not. You ask and do not receive, because you ask amiss, that you may spend it on your pleasures."

At one of our Wednesday night church services, I was watching a little four-year old boy during the Praise & Worship. This little boy was dancing so freely and from his heart to the Lord. He had his hands raised to the Lord in worship and was just a pure joy to watch. As I watched this little boy I was reminded of two verses, Psalm 8:2 "From the lips of children and infants you have ordained praise...." And, "MAT 18:4 “Whosoever therefore shall humble himself as this little child, the same is greatest in the kingdom of heaven." I thought, 'this little boy is having a sweet time before the Lord and doesn't even know enough to care what others think.' Praise God for the innocent. If we as adults could just get that free and easily worship the Lord, Oh how it would positively affect our lives.

There is something else that little children do. Children ask! They ask for everything! They don't think about price or cost to us. 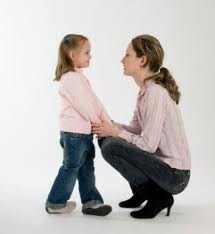 They just know they want it and they ask. Little children are usually very carefree in asking for what they want. It takes them a long time to learn how and what to ask for. I always liked that my children were carefree in asking for what they wanted. I thought, "At least this way they'll learn and they will get more things along the way because they do ask."

Kids ask for treats right before dinner. Kids ask for things that for some parents, exceed their budget. Kids ask for things you don't want them to have. In the beginning, they ask for everything. At least mine did. Over the years, they matured and learned what was okay to ask for and what wasn't, and why. Over time, they caught on and freely asked for what they knew Renee and I were glad to give them.

When I grew up as a boy, I thought my parents were poor because there was ten children in our family. I never asked Dad or Mom for anything because I didn't want the family deprived. My next younger sibling - my sister, was the same way. But our next younger brother was the opposite of us. He asked for everything! And you know what? It seemed like he got it all! He'd get a new bike while we tried to be happy with our old ones. He always seemed to be asking Dad and Mom for something that he "just had to have." My sister and I were trying to be appropriate and not put pressure on them for what we thought they couldn't afford. Consequently we didn't get much of anything compared to our brother. Over time, we both became jealous because we saw that dad gave our "asking brother" most of what he wanted. If we would have only asked, we also would have been given much more. When we would later talk with Dad about it he would say, "What do you think your mother and I were - mind readers? We didn't know you wanted anything. All you had to do was ask."

As a Christian learning these truths, I look back at my brother now and realize, he was the smart one. He asked – not because he was more selfish but because he had a better sense of faith in my parents to supply his needs.

Today's Fresh Manna indicates that people fight over their desire for stuff. It's true. We see jealous people envious over the things of others all the time. People today want the government to give them what they want and if they can't, then take it from the rich and give it to them.

If we were like that little boy I told you about, we would just learn to ask the Lord. So what if you’re wrong in what you ask Him for? Isn't the Holy Spirit able to teach you and help you develop discernment? Don't you think the Lord will show you what is permissible to ask for? Will He be offended at any immaturity in your asking? Is He less gracious that a good parent? The Lord would rather have you asking Him for help than carrying jealously and envy over what others have. God is not a genie and neither are parents. But maturity in asking does come over time. And God does care! Phil 4:6-7 says, “Do not be anxious about anything, BUT IN EVERYTHING, by prayer and petition, with thanksgiving, present your requests to God. And the peace of God, which transcends all understanding, will guard your hearts and your minds in Christ Jesus.”The thing we should feel guilty about is not asking at all! You can't believe how many people there are that just don't ask God for anything. He says, "WE HAVE NOT BECAUSE WE ASK NOT."

You view of what God is willing to help with is most likely, way too small! Many can’t imagine God caring about their personal needs and wants - or they believe He doesn't have time to care. God DOES cares about your needs. Philippians 4:19 says, "And my God will meet all your needs according to his glorious riches in Christ Jesus." 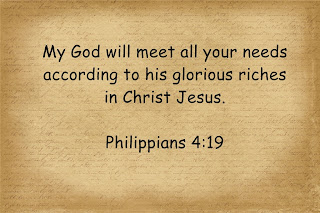 I have asked the Lord for so many things over the years. I have done so because when I ask in faith, it is pleasing and honoring to the Lord. He wants us dependent upon Him for everything. When we have to lean on ourselves we know we are in trouble. There are far too many things that we are incapable in ourselves of getting, doing, or accomplishing. Learning what to ask God for won't happen without reading the word of God where His will is revealed. From there its a matter of developing a pure heart and asking in faith.

Do you have a need? Ask in faith believing. Let the Lord teach you. Be patient and be confident that no good thing will he withhold from you. Say it and believe it!

Psalm 84:11 tells us "For the LORD God is our light and protector; The LORD will give grace and glory; No good thing will He withhold from those who walk uprightly."