Have you ever been in a tough situation facing tough circumstances and found yourself saying, "I just don't know what to do?" That might be a good thing. What I mean, is even when you think you know what to do, it may be the wrong thing. 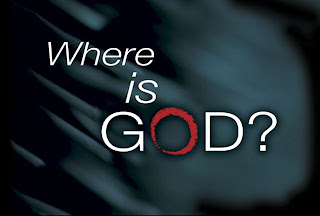 We've all done things we were convinced were right, only to be proven wrong. A person of honest humility doesn't have a problem admitting they don't always get it right. This kind of a person is more likely to lean on God in their decision-making processes and choices and that’s a good thing! Proverbs 3:5-6 says, "Trust in the Lord with all your heart; don't lean on your own understanding. In all your ways acknowledge Him, And He shall direct your paths." When this is your on going thinking and how you approach life, it will make you hungrier for the presence of God. 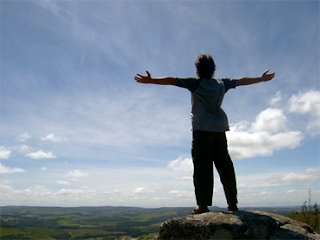 In Luke 24 we read about the women who were Jesus' closest friends who went to His tomb after His death. They were heartbroken, confused, and didn’t know what to do. They had believed that He was the Messiah that would reign, not die a brutal death. Now in their state of distraught while looking for His body, they had an another unexpected encounter to make things even more confusing. Luke 24:1-3 says, "Now on the first day of the week, very early in the morning, they, and certain other women with them, came to the tomb bringing the spices which they had prepared. But they found the stone rolled away from the tomb. Then they went in and did not find the body of the Lord Jesus." In the next verse we see their state of mind. Verse 4 says, "And it happened, as they were greatly perplexed and wondering what to do about this, that behold, two men stood by them in shining garments."

They didn't know what to do but the story goes on. God helps them. He speaks to them through angels. Verse 5-8 says, "In their fright the women bowed down with their faces to the ground, but the men (angels) said to them, "Why do you look for the living among the dead? He is not here; He has risen! Remember how He told you, while He was still with you in Galilee: 'The Son of Man must be delivered into the hands of sinful men, be crucified and on the third day be raised again.' Then they remembered His words."

This was a promise of Jesus: that after His death, He would help them remember His Words. In John 14:26 Jesus made the promise, "But the Counselor, the Holy Spirit, whom the Father will send in my name, will teach you all things and will remind you of everything I have said to you."

The point I want to make to you today is that we all have times where we don’t know what to do. You do have a God that loves you and that has proved His love to you through Jesus. He is an intimate God and really does want to help you in all the details of your life. He wants to teach You AND remind you of things He has taught you; things that will direct your thinking and the steps of your life. In order for you to do that, you need to put yourself in atmospheres that God dwells, such as church, bible studies, personal bible reading, prayer, and fellowship with other Christians. God speaks to us in those atmospheres.

You mostly likely won’t encounter many angels, but, He does live in the presence of His people. In Mat 18:20, Jesus said, "For where two or three are gathered together in My name, I am there in the midst of them." God is with us when we seek Him in our private time. But He also has a way of speaking to us through others (unbeknownst to them) when we come together in His name. His presence is there. Fellowship with other Christians seeking God is a valuable treasure that most Christians know little about. 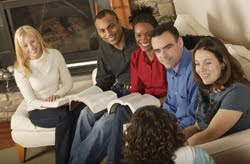 Having fellowship with other Christians that sincerely live for and seek God is often rich in His presence because they, like you, have the Holy Spirit indwelling them. Nuggets from God's heart often come from God in these kinds of atmospheres.

The women at the tomb were hurting and perplexed as to what to do, that is, until they were put in the presence and remembrance of God’s Word. Then, as today's Fresh Manna verse says, “…they remembered His Words." When they did, they were refreshed, re-encouraged, and were able to continue on in the plan of God.

When you lean on God rather than yourself, you become hungry for His presence. You will find more of His presence when you surround your life with more atmospheres of God so that the Holy Spirit can speak to you and direct your steps.

Psalms 25:5 "Guide me in your truth and teach me, for you are God my Savior, and my hope is in you all day long."