Israel: Precious to God and a Place to Visit 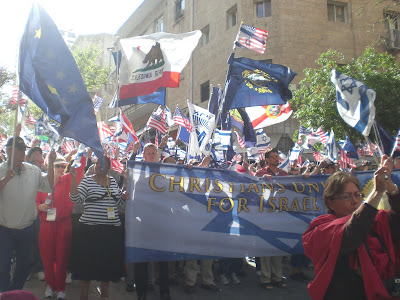 My wife Renee and I are a few months away from our next trip to Israel. We were there two year ago on our third trip there with a group of 35 people that we hosted. It was a trip to be remembered as we experienced much more than just visiting the sites where Jesus walked, taught and lived. We went there to interact with and love on the Jewish people there, letting them know that there are millions of Christians from the United States that stand in solidarity supporting them. They are a persecuted nation surrounded by their enemies. We united with over 500 others from other tour groups from Christians United for Israel. We held a night to Honor Israel in Jerusalem with Pastor John Hagee and guest speaker Prime Minister Benjamin Netanyahu among others. We held a parade down the streets of Jerusalem led by drummers that ignited the atmosphere with excitement as we marched with flags and signs of support for Israel. The people of Jerusalem watched and cheered and cried with thanks!

Renee and I along with Pastor John Hagee and a small group of leaders had the honor of meeting with President Shimon Peres in his home.

Renee and I along with our group were also privileged to meet with the Vice-Prime Minister Moshe Ya’alon—a true patriot and leader of Israel. We were able to meet with David Wilder—a leader of the Jewish community of Hebron, considered one of the holiest sites to the Jews yet persecuted continuously by Palestinians. Consequently there are only about 900 Jewish settlers living in Hebron’s historic and religiously important area amongst 130,000 Arabs with a parliament ruled by many from the armed Islamic movement Hamas. It is an extremely dangerous place for them to live but they do so to hold claim to and inhabit Hebron—the oldest Jewish community in the world. The Book of Genesis tells us that Abraham purchased the field where the Tomb of the Patriarchs is located as a burial place for his wife Sarah. According to Jewish tradition, the Patriarchs Abraham, Isaac, and Jacob, and the Matriarchs Sarah, Rebekah, and Leah are buried in the Tomb in Hebron. For the Jewish people to be forced from this city is to give up their history and heritage. 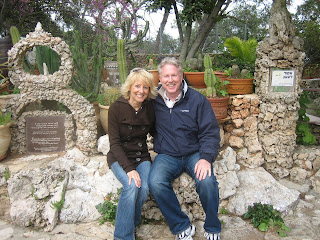 Christians are waking up in this day to spiritual insight from God’s heart. They are awaking to the truth that Jesus was first a Jew and the roots of our Christian heritage are Jewish. What we have in common is far greater than the things we’ve allowed to separate us over the years. Genesis 12:3says “I will bless those who bless you and curse those who curse you.” Those blessings are very real and those judgments are also very real. As Christians we owe a debt of gratitude to the Jewish people. They gave us the word of God. They gave us the patriarchs: Abraham, Isaac, and Jacob. They gave us the Prophets: Ezekiel, Daniel, Isaiah, Jeremiah, Zachariah, Amos, Josiah, Joel. Jesus’ own family was Jewish as were the Apostles. In John chapter four Jesus said, “…salvation is of the Jews.” If you take away the Jewish contribution to Christianity there would be no Christianity. Judaism does not need Christianity to explain its existence, but Christianity cannot explain its existence without Judaism. Don’t make the mistake of letting the politics of a few Jewish religious leaders of Jesus day crucifying Jesus, result in anti-Semitism in your heart. Remember, the will of God was in place so that our Savior could suffer for our sins. Anti-Semitism is an abomination to God and has accomplished nothing but create confusion, death and pain to the apple of God’s eye.

It is Jerusalem where Jesus will return. His love for the Jewish people is great. God has a great plan for the Jewish people and when Christians think they have replaced the Jews in the plan of God, not only are they wrong, but they have opened their hearts to becoming vessels of anti-Semitism. It is that kind of thinking that allowed the Holocaust to happen and it is present again today. Many people fear that supporting Israel creates hostility from terrorists for our nation and to avoid that, we should break ties with Israel. That would be the demise of our nation.

We are to pray for the peace of Jerusalem. How do we do that? Pray that God will stop her enemies and protect the people of Israel. Pray that our government will show unified support for Israel—not dictate their policies. Israel is our greatest ally in this earth and deserves our unwavering support as they best decide how to lead their nation.

If you are interested in learning more go to: How to Support Israel

In His love,
Pastor Tim