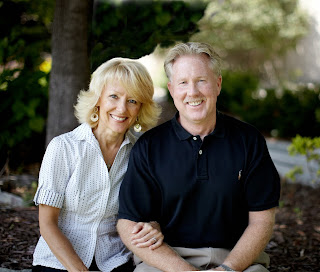 Ah, those first months and years of marriage. Aren’t they great? For most young couples I talk to the answer is NOT! They don’t want to admit it too early, but after there in their third or forth year of marriage and the dust is settling some, they are a little more open about how tough it was in their first years of marriage. They will often ask Renee and me about how we conducted our marriage picking our brains on sticking points such as divided up chores and home duties. They ask how I treated Renee and how she treated me. Most know we have a great marriage now and that’s why they ask. But I think they are relieved in some ways to hear that our marriage was difficult and sometimes painful in the beginning.

Before Renee and I sat down to pray this morning, we were talking and laughing about how childish, prideful, and in some cases ridiculous we acted in those early years of marriage. I am so thankful that we can laugh now. I told her that if people would listen to the words I share with each couple when I do their wedding, they could learn so much if they’d take the words to heart.

When we are in our teens, we can’t wait to grow up and become independent. When we officially become an adult, we test the waters of our new found independence breaking free from parental input - except when it cost us money and responsibility. We live independently for a season but then fall in love and decide to get married. Suddenly we aren’t so independent. Now the new bride is in her glory excited about the challenge of trying to shape her husband into a better man. Now that the groom has bagged his trophy and has his new wife, he wants to tell her things to do and verbalizes his expectations quickly. Where did their independence go? They traded it (unknowingly) for marriage. They traded their parent’s input for their new spouses. They were both more covert about it when they were dating because they still each had to win as their prize. But once they were married, it all came out into the open. They each had things they wanted from each other and those wants came out fast and furious.

After the euphoria of the honeymoon, many young couples are somewhat shell shocked by their initial first months of marriage. I try to warn them in pre-marriage counseling, but they don’t fully get it until it happens. Eph. 5:21 says, “…submit to one another out of reverence for Christ.” Men love the submit word thinking its only something for the wife to do toward them. That word is highly misunderstood and misused. It would be better to use the word “Adapt” to one another out of reverence for Christ.” Adapt is what a new marriage is all about. This new couple has to learn how to adapt to each other. He has his independent ways and she has hers. He wants her to learn his way of doing things and she wants him to learn hers. They really both need to adapt to each other.

Any couple – your or old, should learn to “adapt" by finding out what is really important to their spouse. Of course it should be reasonable and appropriate and when it is, then the sacrifice they make to change so that they can adapt and make their spouse happy, will bring huge dividends! Their marriage will mature wonderfully. These adjustments and tweaks are what help mature a marriage. This is submitting or adapting to one another. This is what is meant in Romans 12:10. “Be devoted to one another in brotherly love; give preference to one another in honor.”

Adapting is God’s way and this is what made Renee and my marriage great. After early years of marriage trouble, we one day woke up. God showed us to do this and we did. We quit fighting and started to truly adapt through honoring and preferring each other.

A wonderful gal I know recently shared with me, that she and her husband had also discovered this truth. When they came to a crossroads of needed change that one or the other wanted, they would ask each other this question; “On a one to ten scale, how important is it that I make this change?” They had to be honest with each other, but if it was high and it was reasonable, they each made the change. Renee and I didn’t use the scale but we asked the same question. It worked.

You don’t have to be a young couple to apply this. It’s just so much better (and saves you so much pain) if you do apply it when you are young in your marriage. Adapting and preferring is God’s way and helps build the foundation for a great marriage!

Philip. 2:2-4 “Then make me truly happy by agreeing wholeheartedly with each other, loving one another, and working together with one heart and purpose. Don't be selfish; don't live to make a good impression on others. Be humble, thinking of others as better than yourself. Don't think only about your own affairs, but be interested in others, too, and what they are doing.”