The Power to Defeat Bad Habits! 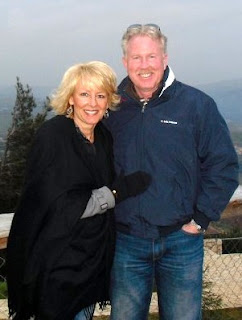 When you accepted Jesus as your Savior, you became a free person. The Bible says previously you were a slave, a slave to sin. But when you accepted Jesus, you became the temple of the Holy Spirit and the power of God was placed within you. At that moment, you were freed from the power of sin. Sin no longer has power over you. Many Christians don’t know this truth and still think they are slaves to sin. The knowledge of this truth and your faith in it is what enables that power to work within you.

In John 8:34-35 Jesus taught, “I assure you that everyone who sins is a slave of sin. A slave is not a permanent member of the family…” Jesus is talking about being in bondage to sin. He is saying that if you are still controlled by sin, then you still belong to Satan. This is where Satan comes in and says, “See, you aren’t saved because you still sin. You can’t stop. You aren’t in God’s family. You are my slave to sin.” You have to learn to rebuke this lying devil and learn to stand on God’s truth!

Do you know what the truth is? When you gave your life to Jesus, He set you free. Let me complete the rest of the verses we just read. John 8:34-35 “…A slave is not a permanent member of the family, but a son is part of the family forever.” Did you catch that? He said “a son is a part of the family forever.” Jesus is talking about being in His family. And He is talking about being a son or daughter, not a slave. Jesus goes on to say, “So if the Son (Jesus) sets you free, you will indeed be free!” (John 8:36)

What should you catch and learn from what Jesus just told you? Know that you are free from sin, no longer a slave to it because Satan no longer has power over you! You’re not because you have moved over from being a slave to Satan and sin, to becoming a child of God! Really? Yes! That’s why these verses are some of the most mind-blowingly powerful verses in the Bible. Galatians 4:3-7 says, “And that's the way it was with us before Christ came. We were slaves to the spiritual powers of this world. But when the right time came, God sent His Son, born of a woman, subject to the law. God sent Him to buy freedom for us who were slaves to the law (to sin,) so that He could adopt us as His very own children. And because you Gentiles have become His children, God has sent the Spirit of His Son into your hearts, and now you can call God your dear Father. Now you are no longer a slave but God's own child. And since you are His child, everything He has belongs to you."

You may be battling some area of sin in your life. Satan has tried to facilitate that sin, then turn around and accuse you of it. He has lied to you and told you that it will disqualify you from Heaven, God’s love, and Jesus’ forgiveness. He has also told you that you will never overcome it. He does all this to keep you as his slave. This is a lie. You are not a slave! Today’s Fresh Manna verse says, “So if the Son sets you free, you will indeed be free.”

Years ago I was sharing this with a Christian woman who told me she didn’t want to smoke but couldn’t stop. I took her through these verses and asked her to think about them and pray to God about them every day. I also told her to say this every time she lit up: “Satan, you are a liar. I am not in slavery to this cigarette—you are. Misery loves company and you want my company, but you don’t have it. I am a child of God. I am free. I have the Spirit of God in me. Nothing has power over me. Jesus has set me free. You’ll spend eternity in the lake of fire, but I will spend eternity with Jesus. I rebuke and reject you in Jesus name.”

I told her, “In six months you’ll come to me and tell me you quit.” I was wrong. She came to me in less than three months. “Whom the son sets free is free indeed!”