The Management of Anger 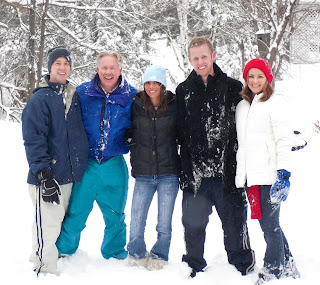 Anger is a valid emotion but one that has a boundary and whose line can too easily be crossed. We are instructed in Eph 4:26-27, “In your anger do not sin…” This verse is instructional and insightful. God clearly teaches us that anger in itself is not sin, that it can be carried to the point of sin, and that it can give the devil a foothold. That literally means “giving the devil occupancy – a place to dwell.”

For some people, their anger not only crosses the line of inappropriateness into sinning but they practically invite the devil to sit down at their table and sign a long term lease to live with them. How does that happen?

Anger unrestrained will lead to all kinds of outbursts that will most likely cause regret. People that sin in their anger seldom stay on the issue they are angry over. They often draw past offenses and hurts to the scene. This causes anger to swell. Then begin to mull over these extra offenses which will start to cause internal swelling to the original anger. That can become the early stage of rage which always leads to irrational thinking. Eruption is now brewing below the surface. Unbridled anger or rage leads to irrational thoughts that then lead to thoughts of every kind of evil. James 3:16 says it like this, “For where envying and strife is, there is confusion and every evil work.”

As words begin to erupt from this anger, they begin to flow like lava and the devil now has a foothold. The words will be destructive and do damage to anyone in its path. In many cases, those words do long term damage that people may never recover from.

God’s wisdom tells us the danger in letting our anger ever cross the boundaries of inappropriateness.

Prov 21:19 “It is better to dwell in the wilderness, than with a contentious and an angry woman.”

Prov 29:22 “An angry man stirs up dissension (strife), and a hot-tempered one commits many sins.”

Proverbs 22:24 knows anger can affect others even becoming like an infectious disease. It says, “Do not make friends with a hot-tempered man, and do not associate with one easily angered.”

Proverbs 25:23 says, “As the north wind brings rain: so does an angry countenance bring a backbiting tongue.” The word angry here literally means “foam at the mouth” and is referring to the evil look of unbridled anger. The term “backbiting tongue” refers to the abundance of evil words spoken that absolutely cover their target with a blanket of ill spoken and hurtful words.

If anger is a problem for you, here are some steps of wisdom that can help break that in you.

When angry – stick with the issue you are dealing with. Keep grievances from the past out! Ask yourself, how big of an issue is this in the scope of the big picture of life? Is the fact that Billy left his room a mess today (even if you’ve told him a hundred times before) going to be the first step to the end of the world or to his personal demise? Think solution, not problem. Just keep patiently working with him. Ask yourself if you have ever violated what you are angry about or something similar? Would you have liked it if your dad or boss screamed at you? How would you have liked them to help you work through needed change? Can you be merciful and help instruct them in a calm way how to make changes? Can you be patient while they make those changes? Is there anything you’ve apologized to the Lord for violating umpteen times? Would you rather be known for being merciful, kind, and helpful or angry, tough, and ruthless? Which more represents God?

To keep anger from turning to rage, limit yourself to how much you think about or mull it over. Speak few words about it as words cause anger to grow. Pray to ask God to help you forgive – seek forgiveness for your own personal faults at the time of your anger toward someone else. Finally, pray for that person from a spirit of love and faith with the sincere desire to help them.

Break this into a plan and you will have a plan to reduce rage to anger and anger to appropriate anger. As today’s Fresh Manna verse says, “In your anger, don’t sin...” 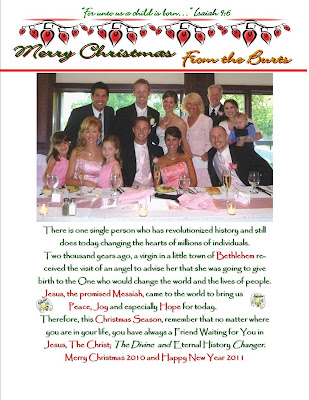 Click on PHOTO once or twice to enlarge
Posted by Fresh Manna by Pastor Tim Burt at Friday, December 17, 2010