Hoping to give some hope! 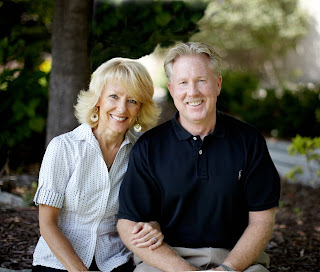 When I was a flight attendant, I used to fly a lot of trips that ended in Las Vegas. The airlines I worked for would put us up for the night at one of the hotels where they gambled all night long. And the thing that always amazed me was that it didn’t matter what time of night we flew in, there were people everywhere…putting their coins into the slot machines…hoping to hit a jackpot. And if they did? I mean to tell you, they got excited! I still remember hearing the rush of coins coming out of the machine…AND then close behind it was the sound of them whooping and hollering that they won.

I noticed that if the jackpot was really big, everyone would crowd around and just watch all those coins come rushing out. And then I always found it fascinating to see how that seemed to energize the most weary of the gamblers. Now, they may have been putting their coins in the slots almost apathetically before that person hit the jackpot…going through the motions. But after they saw that person win? They’d head back to their machine, and just put those coins in…with renewed hope that they might win too.

So what’s with the gambling story? How could that speak a spiritual truth to me? Well, I was thinking about how during tough times….people can wind up like those weary gamblers who haven’t “won” anything lately…and so they just tiredly go through the motions of life. They need some hope…they need to hear the sounds of someone winning! Winning what? Maybe it’s that they won a personal battle to do something they’d wanted to do for years…or they won a battle over some fear they had really struggled with…or they won the love back of a son or a wife or a friend…or they won a job promotion! God loves to help us win in so many areas of life…but not just for ourselves! But so we can whoop it up, make some noise, and let people know what God did for us…and not to brag, but to give the tired people around us renewed hope! Hope…it’s why I write…because ultimately, I hope it gives YOU hope!

I Thessalonians 5:11 MSG ~ So speak encouraging words to one another. Build up hope so you’ll all be together in this, no one left out, no one left behind. I know you’re already doing this; just keep on doing it.

Acts 20:2 MSG ~ …he gave constant encouragement, lifting their spirits and charging them with fresh hope.