Steel In Your Convictions! 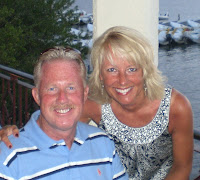 Do you ever know you shouldn’t do something, but then you find yourself doing it anyway? I wish I could say that never happens to me, but that wouldn’t be true…especially this past weekend. You see, I had cut desserts out of my life almost entirely about a year ago. After a couple of months, I felt like I had that “sugar craving” desire whipped into doing what I wanted it to do, which was to eat no more than one dessert a week. But then this weekend happened. First, there was my favorite kind of cake at a small group get together. I just had one piece. But then the next night, I went to a birthday party. I debated whether to eat the apple/cranberry torte, warmed ala mode…for all of about 30 seconds…and then I inhaled it. Later, I told myself that NEVER happens anymore, so just relax…the piece was small, after all. But THEN, I went to a wedding shower the next day, and I thought, “Great, it’s marble cake...I only like white cake! So, no problem, right?” Wrong…because the first piece cut was all white…not a speck of chocolate in it, so they passed it to me, since they knew I love white cake. And yes, I ate dessert #3 for the weekend! So what did I do later? Feel guilty? Feel bugged at myself? Yes…but I got past it quickly when I later read today’s verse. It reminded me that God loves me very much…even when I have a dessert disaster! And it reminded me that He HAS put steel in my convictions, despite this weekend slip-up that has only served to remind me that I never could do this thing on my own in the first place. I need His help in every area of my life…even where it concerns desserts! So bring on the white cake & tortes…the steel is back in my convictions. And He’ll put it in you too, for whatever it is you need help with...desserts included!

1 Thessalonians 1:4-5 MSG ~ It is clear to us, friends, that God not only loves you very much but also has put his hand on you for something special. When the Message we preached came to you, it wasn't just words. Something happened in you. The Holy Spirit put steel in your convictions.

Need Help With Your Patience? 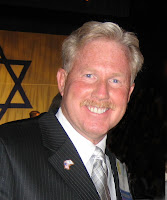 1 Thessalonians 5:14 “Now we exhort you, brethren, warn them that are idle, encourage the faint-hearted, support the weak, be patient toward all men”

It never ceases to amaze me at how faith filled prayer can alter your perspective and how you act or react to something. Some time back, we had contracted a window company to send over a crew to rip out some old windows and replace them with new ones. They were scheduled so show up on a particular day by 7:00am in the morning. The crew never showed up.

At 7:30am when they had not arrived, Renee called to make sure they were coming. The manager was embarrassed and very apologetic. They had just made a mistake in their scheduling. She handed me the phone and I told them, "Don’t worry about it. It’s no problem but please have them show up on Wednesday morning instead and please have the men here by 7:00 a.m. My wife and I have to get the kids to school and then we both had to be at church very shortly after that." “I want to be here to let them in go over things with them before I go to work.” He understood and assured me they would be there on time.

7:00am on Wednesday came but the crew did not. Renee left for church and I waited around for them to come. At 8:00 am they still weren’t there and I needed to leave. At 8:10 a.m. they were still a no show. I called the company to see if they were coming. The manager said they were on the way. I told him I had to leave for work and that I would have to leave the door to our porch open. He assured me they would be there any minute.

I waited ten more minutes and they still weren't there. I could feel myself getting frustrated. I could feel my body heat rising. I thought about it for a minute and then remembered today’s Fresh Manna verse that I had been meditating on. “Now we exhort you, brethren, warn them that are idle, encourage the faint-hearted, support the weak, be patient toward all men.” I was determined that I was not going to let the devil knock me off course for the day.

I went to our picture window at the front of the house, looked out and began to pray for the men of the crew that were coming. I prayed for their safety. I prayed for their well being. I prayed for the job that they would do. As I began to pray for these things, it was like something lifted. I no longer felt angry with them. I knew they would get there. I knew they'd figure out how to get to the windows through the open porch door. A peace came over me because of praying and asking God to bless them and enable them to do an excellent job.

When I got home at 10:00pm from church that night, all but two windows had been replaced. They were ahead of schedule and doing a great job. I was so glad I traded frustration for prayer. I almost left for work somewhat frustrated and angry. Instead, by praying at home it lifted me into a new perspective and left me with a godlier attitude. I was so blessed praying that I continued to pray all the way to church.

It is so important to properly deal with what the Bible describes in Eph 6 as "fiery darts of the enemy.” The Holy Spirit helped me “be patient toward all men” that day. He helped keep my heart and attitude right. “Be patient” are easy words to exhort others in. Praying for those you need to patient with out of real heart faith makes being patient more manageable and keeps me more Christ-like in my witness before others!