Let’s Return to our Knees 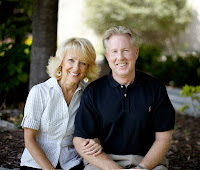 Are you an honest person? Can you admit your transgressions? I can admit most, but there are probably a few I still have trouble acknowledging. I can easily admit this: up until the time I gave my life to Jesus, I was one to try to make my own way. I’d figure things out and make my path. Frankly, my path and accomplishments were pathetic. That’s what pride will do for you; keep you blinded and stupid. When I gave my life to Jesus, it was like the lights came on. What I saw in my life wasn’t pretty and I could actually admit it. I needed help. I read the verse Psalm 127:1 that says, “Unless the Lord builds a house, the work of the builders is useless. Unless the Lord protects a city, guarding it with sentries will do no good.” Wow! Did that scripture speak to me. What I had built up to that point in my life was pathetic and even the little that I had I couldn’t protect.

Another scripture spoke loudly to me. Matthew 7:26-27 “But anyone who hears my teaching and ignores it is foolish, like a person who builds a house on sand. When the rains and floods come and the winds beat against that house, it will fall with a mighty crash." It wasn’t that I was ignoring the Lord’s teaching. It was just that I hadn’t heard them nor did I know them at that point in my life. But somehow I knew at that moment that my life was built on sand and it kept getting washed away. I wanted what I saw in Matthew 7:24-25 "Anyone who listens to my teaching and obeys me is wise, like a person who builds a house on solid rock. Though the rain comes in torrents and the floodwaters rise and the winds beat against that house, it won't collapse, because it is built on rock.” I wanted to build my house upon a rock. I wanted the Lord to build my house. Jesus gave the key to that. He said to hear and not ignore His teaching.

Today my house is built upon a rock, but do I ever slip into my old ways? Do I ever try to do things my way without seeking the Lord? Do I ever ignore truths from God’s word and do things my own way? I know I am guilty of sometimes doing this. It is my heart’s desire never to, but it happens when I let idolatry happen. You might think, “Wow, that’s a word I don’t hear much in this day and age.” Idolatry has always and only ever been about one thing: leaning on other things—systems, people, or whatever—for your needs and direction for your life, instead of complete reliance upon God. The world is full of gimmicks, tricks, systems, sure-fire things that supposedly will make everything in your life great and provide security for the future. Problem is, they offer false direction and a false sense of security. They are built on sand; what you shouldn’t build your house on. And when they do ultimately collapse, many people then somehow get mad at God. They say, “God where are you in all this?” Problem is, they weren’t looking to God in all they were doing. They were looking at the idols—the systems, guarantees, and promises of the day—that were leading their choices and that they were building their house upon.

The Lord spoke to Israel when they as a nation had come to this backslidden state as a people. He said to them, “Has any nation ever exchanged its gods for another god, even though its gods are nothing? Yet my people have exchanged their glorious God for worthless idols!” Jeremiah 2:11 Then he said what summed up their state of heart. "For My people have committed two evils: They have forsaken Me, the fountain of living waters, And hewn themselves cisterns--broken cisterns that can hold no water.” Jeremiah 2:13 He told them they really weren’t looking to or relying on God and that they were relying on systems that had cracks and wouldn’t work.

We live in a crazy world getting crazier. I can tell you right now that unless you turn your life over to the Lord and learn to seek, pray, and rely on Him, you’ll look back with regret. If you and I one by one, turn or return to the Lord and seek Him like Daniel did, then something powerful will begin to happen. You’ll become that one green tree in a dry place. (See picture below) Enough of us, and we’ll become a forest— the cedars of Lebanon. Let’s return to our knees and seek the Lord with all our heart and repent of the two evils the Lord named! 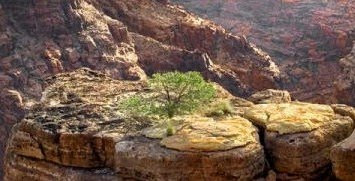 In His love,
Pastor Tim