“The Most Important Day” 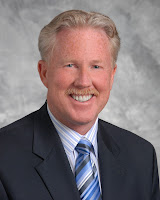 Proverbs 14:34 “Godliness exalts a nation, but sin is a disgrace to any people.”

It’s been said repeatedly that this election will be the most important election that’s ever been held. I believe that to be true now but also true the many times it’s been said in the past. Each upcoming election holds ever increasing significance. Why is that true? It is true because there has always been a spiritual war that we cannot see with our physical eyes, but that every human being senses and every Bible reading Christian has learned of and is aware of – a spiritual war for the souls of mankind. That war has been fought through the ages and continues today as we approach the one-day-to-come return of Jesus Christ to the earth to establish His rule and reign. Prior to that day, spiritual wars resulting in natural wars between man and nations will arise and be fought.

Christians will understand what is transpiring, the world will not. It will only notice that in a multitude of ways, evil increases in the earth. As the Apostle Paul taught us; 2 Tim. 3:1-5 (NLT) "You should also know this, Timothy, that in the last days there will be very difficult times. For people will love only themselves and their money. They will be boastful and proud, scoffing at God, disobedient to their parents, and ungrateful. They will consider nothing sacred. They will be unloving and unforgiving; they will slander others and have no self-control; they will be cruel and have no interest in what is good. They will betray their friends, be reckless, be puffed up with pride, and love pleasure rather than God. They will act as if they are religious, but they will reject the power that could make them godly. You must stay away from people like that.”

The only cure for any person’s heart from becoming swept up in the turmoil and evil that will eventually cause mankind to care most about one thing – “to look out for their own self,” is to receive Jesus Christ as Savior and Lord. When a person does this, the Holy Spirit soon begins to reveal that they have become a child of God. John 1:12-13 “Yet to all who received Him, to those who believed in His name, He gave the right to become children of God-- children born not of natural descent, nor of human decision or a husband's will, but born of God.” This is a supernatural event resulting from a simple but sincere heart-felt choice and decision to receive Jesus that leads to God’s help and protection through the days that lie ahead.

Throughout history Satan has tried to destroy mankind. It’s his nature. As Jesus said in John 10:10 “The thief (Satan) comes only to steal and kill and destroy; I have come that they may have life, and have it more abundantly.” Satan has always opposed the future of mankind because it would ultimately lead to his destiny. Rev. 20:10 “Then the Devil, who deceived them, was thrown into the lake of fire that burns with sulfur, joining the beast and the false prophet. There they will be tormented day and night forever and ever.” Satan knows this is his destiny. You’ve heard the saying “Misery loves company.” That began with Satan and it’s his desire to destroy all of God’s creation and so he works toward that goal to destroy everything good and beautiful that has come from God – you and I included.

Satan was told in the Garden of Eden that there would be one who would come to crush him. Since that day, he has been afraid of every child born into the earth – always fearful that one may be raised up of God as the Messiah that would destroy him. Consequently, he deceived pharaoh into destroying all the Israelite babies, (but Moses was not destroyed.) He tried to get pagan nations to destroy children by offering them as sacrifices – something common in their day. He tried to destroy Jesus by deceiving Herod into killing every baby in Jesus’ day in his attempt to kill Jesus. And today, still unaware of how God will work his final plan, he has seduced society in to terminating the lives of babies within their mothers so that she could have her selfish rights. We think of past societies offering the children as sacrifices to gods barbaric, and it is; yet we offer our babies at the altar of self rights and excuses.

Satan and his demons know they have a date with destiny – an appointed time. They were terrified when they saw Jesus in the earth afraid of that time. Matthew 8:29 “What do you want with us, Son of God?" the demons shouted. "Have you come here to torture us before the appointed time?" Satan knows that his time is short and he is getting closer to his destiny. Rev. 12:12 says, “Rejoice, O heavens! And you who live in the heavens, rejoice! But terror will come on the earth and the sea. For the Devil has come down to you in great anger, and he knows that he has little time."

And so, we live in a day that sin abounds, that Satan is angry and wants to destroy all of God’s creations and mankind, and he does it through deception. He is highly capable of that as he has always operated this way. 2 Cor. 11:14 “And no wonder, for Satan himself masquerades as an angel of light.” He will also use men giving fair speeches to be those false angels of light. Romans 16:18 “Such people are not serving Christ our Lord; they are serving their own personal interests. By smooth talk and glowing words they deceive innocent people.” Jesus said the only way you would know the good from the bad is the fruit of their life. Matthew 7:17-19 “Even so every good tree brings forth good fruit…; neither can a corrupt tree bring forth good fruit…”

God never judged a nation because of economic policies. God never judged a nation because of war. He at times led his people into war. He judged his people and their nation when they sacrificed their babies on false altars. He judged his people and their nation when sexual immorality, homosexuality and perversion became the norm. This is where Satan works to take our nation and our courts and our laws. This election is about those who will oppose such lifestyles and work to turn them vs. those who would allow and even promote them. This is the good tree and good fruit vs. the bad tree and bad fruit. This is the most important election of the day and God is watching. God will help you with your finances. Are we repenting, praying, and voting for what God cares about? “Godliness exalts a nation, but sin is a disgrace to any people.” Pray first and then I’ll see you at the polls!